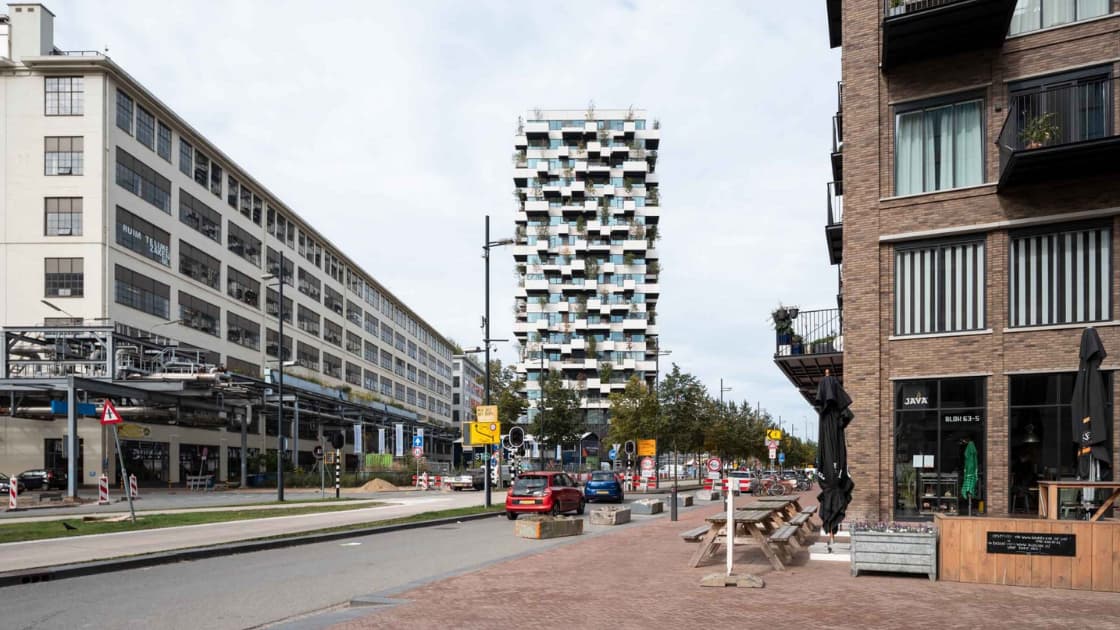 Video on the first vertical forest in social housing

Seven years after the inauguration of Bosco Verticale in Milan, Stefano Boeri Architetti presented a video documentary of Trudo Tower, the first Vertical Forest in social housing. The 19-storey residential tower, which is built in Eindhoven, The Netherlands, features hundreds of various species on each of its four facades, with 125 affordable apartments that accommodate low-income residents. The miniseries consists of 3 episodes that explore how “living in contact with trees and greenery – and enjoying their advantages – is not the prerogative of rich people but could well become a possible choice for millions of citizens around the world.”

Although the flats are less than 50 square meters each, but they offer great spatial extension by terraces of more than 4 square meters, and a natural microenvironment created by the greenery on each balcony. 30 of the 125 homes have been reserved particularly for the socially disadvantaged and people with disabilities. The architects wanted to further reinforce being part of a community that is entirely coherent in one of the most sought-after urban places in Eindhoven.