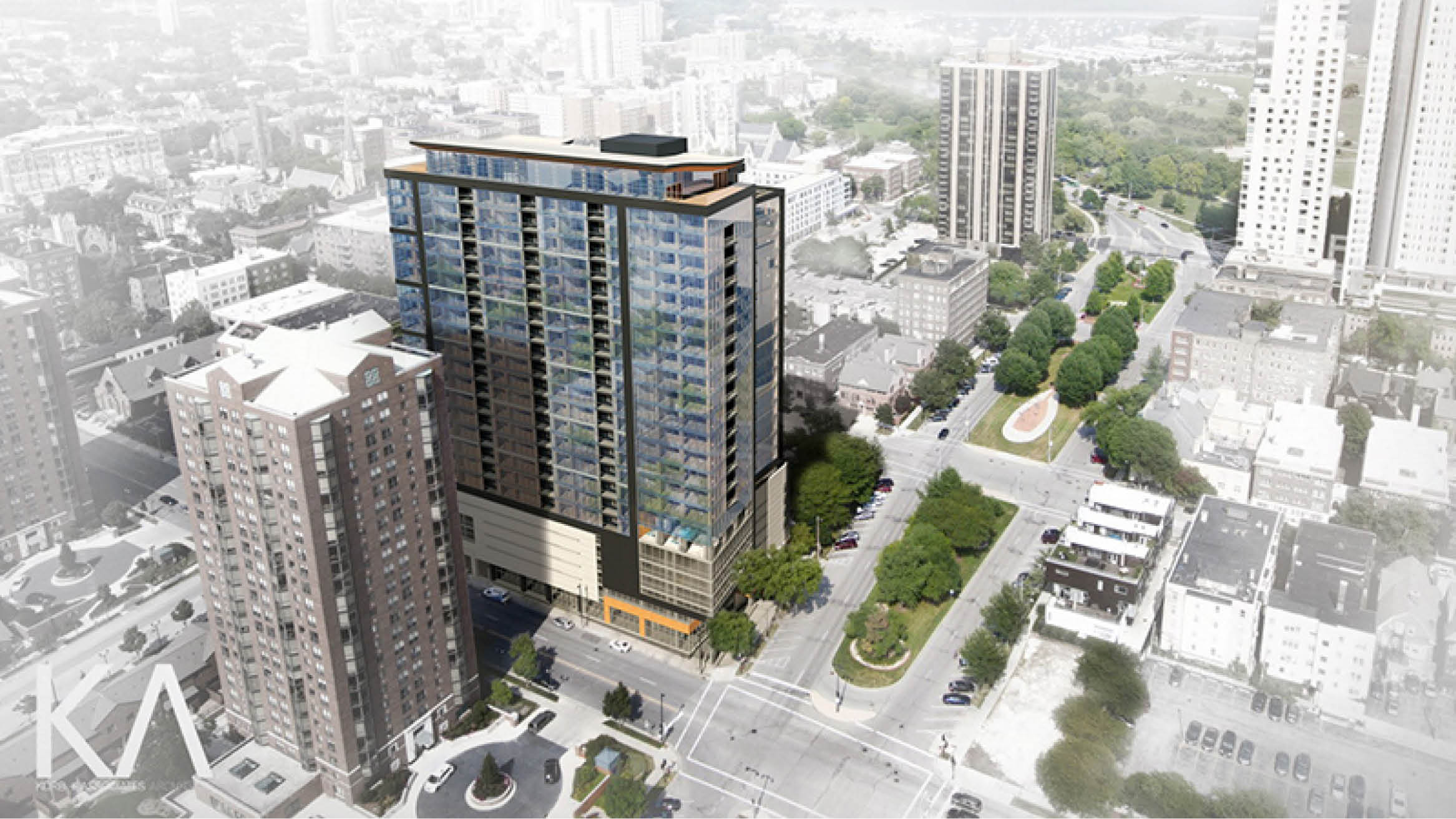 New Land Enterprises will begin pre-leasing apartments in Ascent, a proposed 25-story apartment tower made from mass timber, in the coming days. A brochure will include floor plans, prices, and interior finishes. “If you are signed up on our email list, you will get that link direct,” said firm director Tim Gokhman. A sign-up form is available on the project website.

The plans call for the high-end building to include up to 265 apartments. A pool is planned on the sixth floor with fully operable windows. A sauna, steam room, and entertainment center are also planned for what the firm is calling a “wellness floor.” The top floor of the tower will include a resident amenity level with two outdoor decks, fire pits, grilling stations, a clubhouse, kitchen, and co-working space.

“You can put down a fully refundable US$500 fee and reserve your unit in the building,” said Gokhman. Four units have already been reserved.

The mass timber structure of the building would be exposed wherever possible, an aesthetic benefit that will be unique amongst downtown apartments, according to architect Jason Korb who is leading the building’s design through Korb + Associates Architects.

A joint venture of Catalyst Construction and CD Smith is leading the building’s construction. The Portland office of general contractor Swinerton is also supporting the mass timber component of the project. The project team, in refining the building’s design and mechanical systems, has twice increased the building’s size. The latest modification, approved earlier this month by the city, added two floors to the building.

Construction will begin in the coming months and take approximately 22 months to complete. Deconstruction is underway on the vacant commercial building on the site at 700 E. Kilbourn Ave.

Gokhman said the firm continues to raise equity investment in the deal. “We are close, we are really, really close,” he said. Options on construction loans are pending. “The issue is that right now lenders are so preoccupied with dealing with existing clients and COVID related issues that the entire lending world took a pause. They are starting to come out of it.”

The tower relies on mass timber, an engineered product made by combining layers of lumber into a stronger material. The material is capable of building much taller buildings than conventional wood construction methods because it only chars (rather than burning through) in a fire and offers enhanced strength. Earlier this year a model unit passed a three-hour fire test. The building material is spreading quickly from Austria, where it was invented, and the Pacific Northwest, where it has been most commonly implemented in the United States.

The building will be the city’s second mass timber structure. Ann Pieper Eisenbrown celebrated topping off her four-story mass timber addition to the Louis Bass Building at 331 S. 3rd St. in early December. And New Land has a seven-story, mass timber office building planned for Westown.