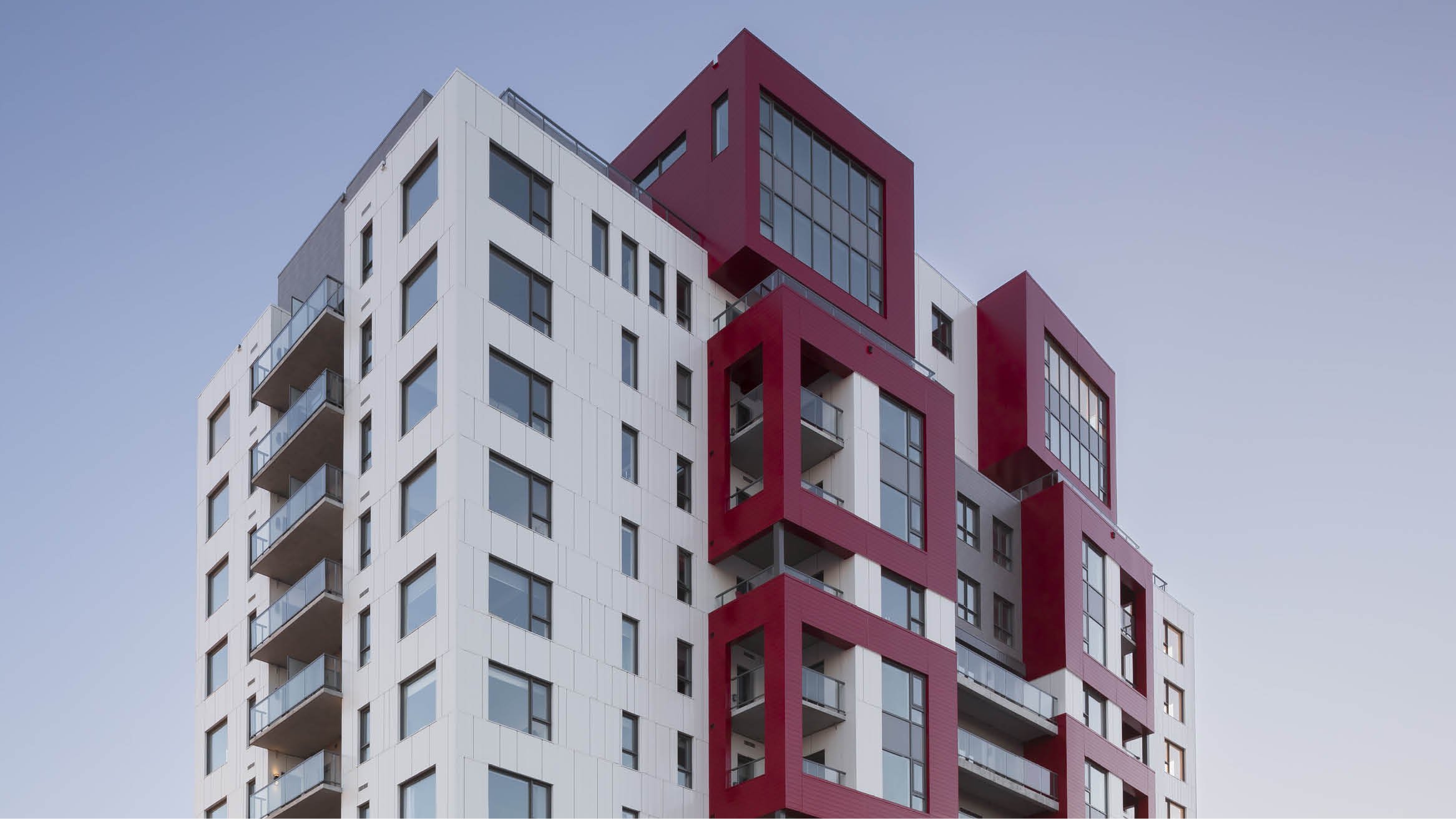 It took only four months, from December 2016 to April 2017, to erect the wooden structure of Quebec City’s Origine: a 13 story high, remarkable landmark and tallest wood building in eastern North America.

This 13-story, 92-unit condominium timber tower is more than the world’s tallest all-wood residential tower, at the date of completion. It also happens to be one of the region’s most resistive to fire and seismic events, according to research conducted by the project team. The condo stands out from the rest of the neighbourhood, not only in terms of height, but also due to its striking appearance. Despite its stature, it is not foreboding, its use of earth tones and natural materials complementing the surrounding park-like setting. Located in the city’s burgeoning Central Eastside Industrial District, the Origine is a residential building that’s close to all the services one could wish for. The Stade Canac baseball stadium, the Fleur de Lys mall, and the Vidéotron Centre are all less than 1.5 km away. Origine boasts 92 housing units, ranging from high-end studio apartments to three-bedroom units, each with its own layout and furnishings. Every unit also has a private terrace or balcony with spectacular views of Quebec City and the neighbouring parks. A bike path cuts through the adjacent Pointe-aux-Lièvres park and runs all along the Saint-Charles River.

Wood is used from the first floor all the way up to the thirteenth. Load-bearing walls, shear walls, floors, and the roof are all made from cross-laminated timber (CLT), with glue-laminated (glulam) timber posts and beams rounding out the structural system. All these engineered wood products are manufactured from certified black spruce at the Chantiers Chibougamau plant in Northern Quebec.

To construct the 12-story wood building, the designers had to first demonstrate the project would meet Quebec Construction Code requirements. When the project began in 2014, the Code stipulated that buildings of more than four storeys had to ensure that the construction was fire resistive. Consequently, this constraint ruled out wood. An alternative solution—known as “equivalent measures”—was required to show that the Code’s performance goals and functional statements were being respected. After two years of research and development, the project team successfully demonstrated that Origine would be just as safe built from wood as it would be if it had been of fire-resistive construction.

In addition to the carbon-locking benefits of a wood-frame and mass timber construction, the building features a number of environmentally-friendly features. The roof is covered with a white waterproofing membrane to better reflect the sun and reduce the heat island effect. The building has a gas central heating system that provides domestic hot water and feeds the network of pipes for the radiant floors. In addition to providing comfort, the gas-heated floors will result in savings of up to 30% over regular electric heating.