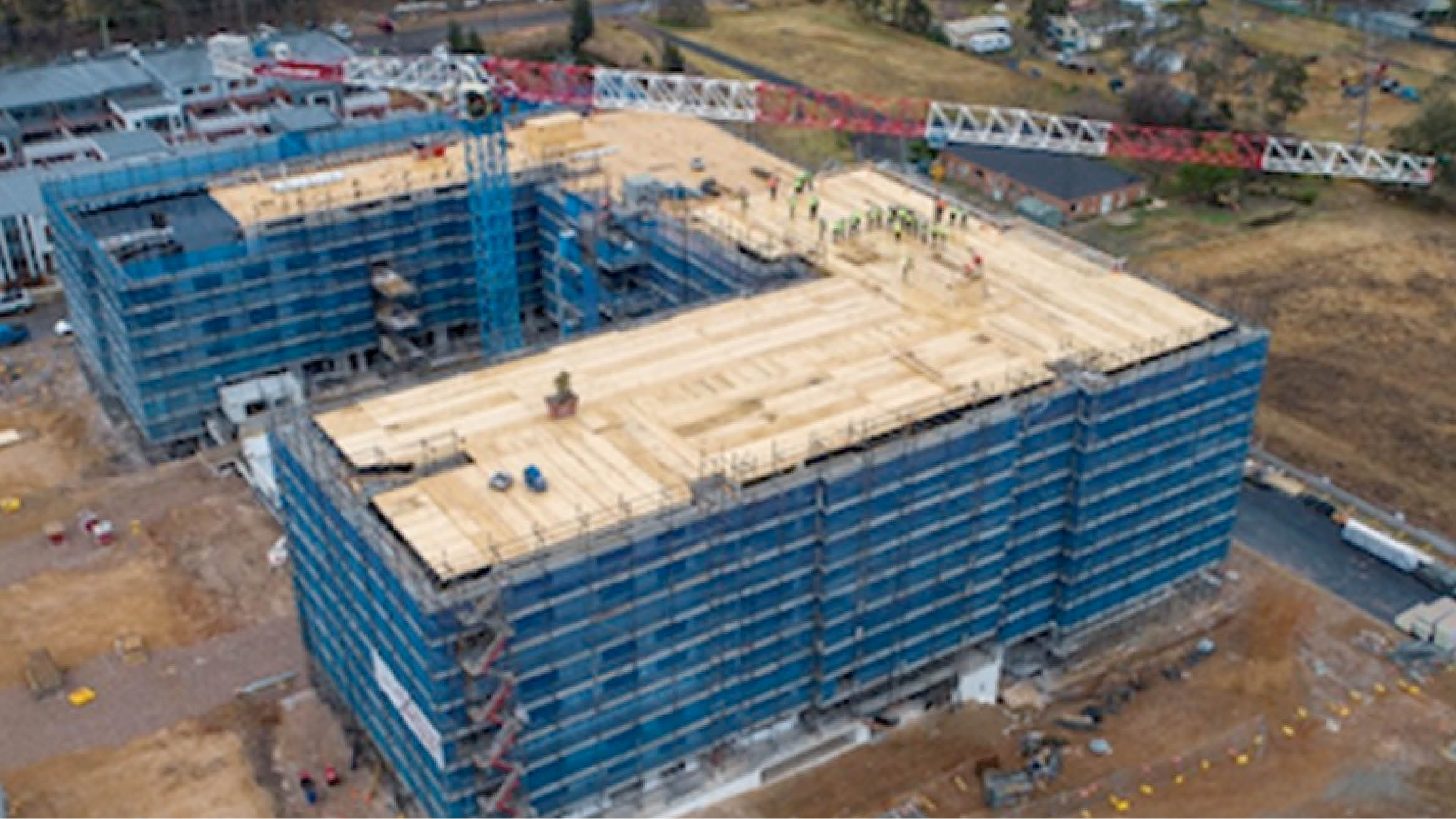 A full year of monitoring the movement and moisture content of a mid-rise, timber-framed building has yielded data that will help build confidence and acceptance of wood in the construction industry.

During the past 18 months a research team led by Andrew Dunn, CEO of the Timber Development Association of NSW, collected data relating to the performance and extent of movement observed in a recently completed six-storey building in Sydney.

With monitoring now complete, the team has gathered statistics covering including the construction, handover and early occupation of the building. The data relates to the varying climates and weather conditions of all four seasons, with a final report detailing the findings now compiled and published.

Movement in buildings can be attributed to closure of timber joints, compression and shrinkage of vertical and horizontal elements, timber deformation, and the deflection of the support structure, amongst other things.

Mr Dunn said the team was prompted to undertake the research by a lack of existing data relating to the performance of mid-rise, timber-framed buildings in Australia. Having already made a number of theoretical assumptions — published in WoodSolutions guide no. 50: mid-rise timber building structural engineering — the team was keen to test these in practice.

“Various assumptions have been made around the long-term performance of timber-framed, mid-rise buildings in other parts of the world, but ultimately, they were found not to apply to the Australian climate,” Dunn said.

“The best way to understand the performance of a building is to measure a real-life example,” said Dunn.

During the course of the project, the building experienced extreme temperature variations ranging from –0.9 to 47 °C, while also experiencing a very wet period, with 87 mm of rainfall, following six months of extremely dry conditions.

Analysis of the data confirmed levels of compression, shrinkage, deformation and moisture associated with the presence of a timber frame are minimal and should be of no concern to the building’s integrity.

“Surprisingly, even with the variations in the weather conditions during the monitoring period, the movement recorded within the building was much less than the expected 6 mm per storey theorised in WoodSolutions guide no. 50,” said Dunn.

Much of this reduced movement can be attributed to the use of engineered wood floors, including load-bearing studs made using cross-laminated timber (CLT) and laminated veneer lumber (LVL), which proved effective for reducing movement from crushing and deflection.

“Although beneficial information was gathered throughout this research, Western Sydney is a temperate zone and represents only one of the various climate zones found in Australia,” explained Dunn.

“It is therefore recommended that further monitoring of timber buildings should occur in different climate zones, such as Melbourne and Brisbane.”

This FWPA-supported project is an example of an investment in real-world construction field research, for the benefit of timber systems. The project, Monitoring Mid-Rise Timber-Framed Building for Movement and Moisture Content, has been the subject of a WoodSolutions webinar, and the full report is now available publicly.