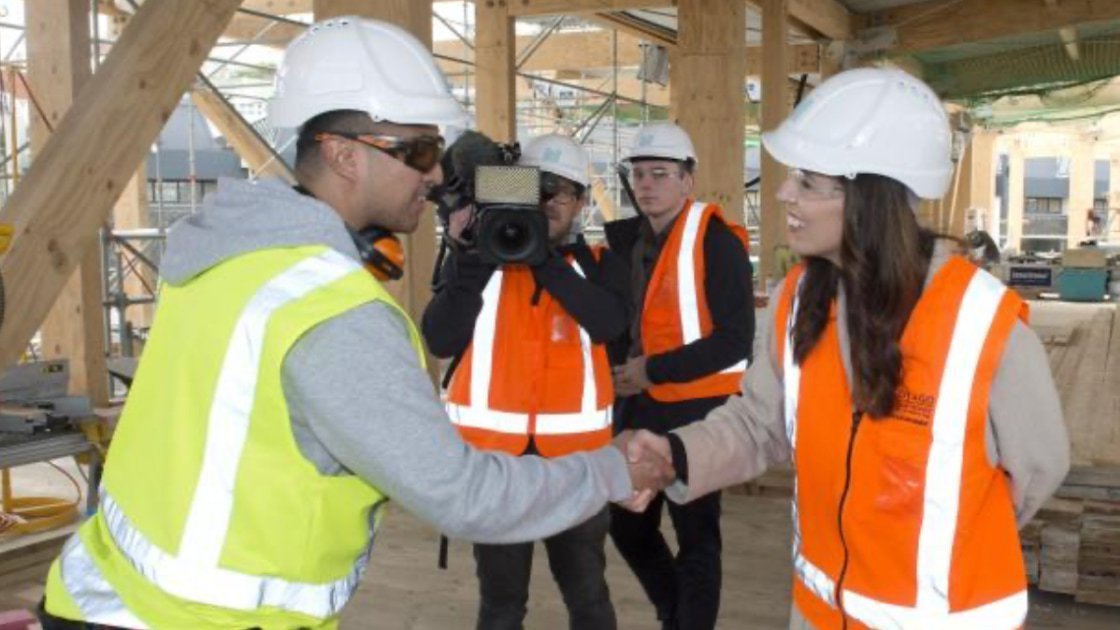 On an official visit to Dunedin, Prime Minister Jacinda Ardern took the time to visit the Otago Polytechnic, for a tour around the building site of what will eventually become He Toki Kai Te Rika, the new trades training centre.

The building site tour had been long planned — fog had defeated a previous attempt to show it to Ms Ardern — but few things on a prime ministerial schedule are there for no reason: the previous day Ms Ardern had made an announcement about the Apprenticeship Boost programme, and she made a point of singling out apprentices working on the Naylor Love site.