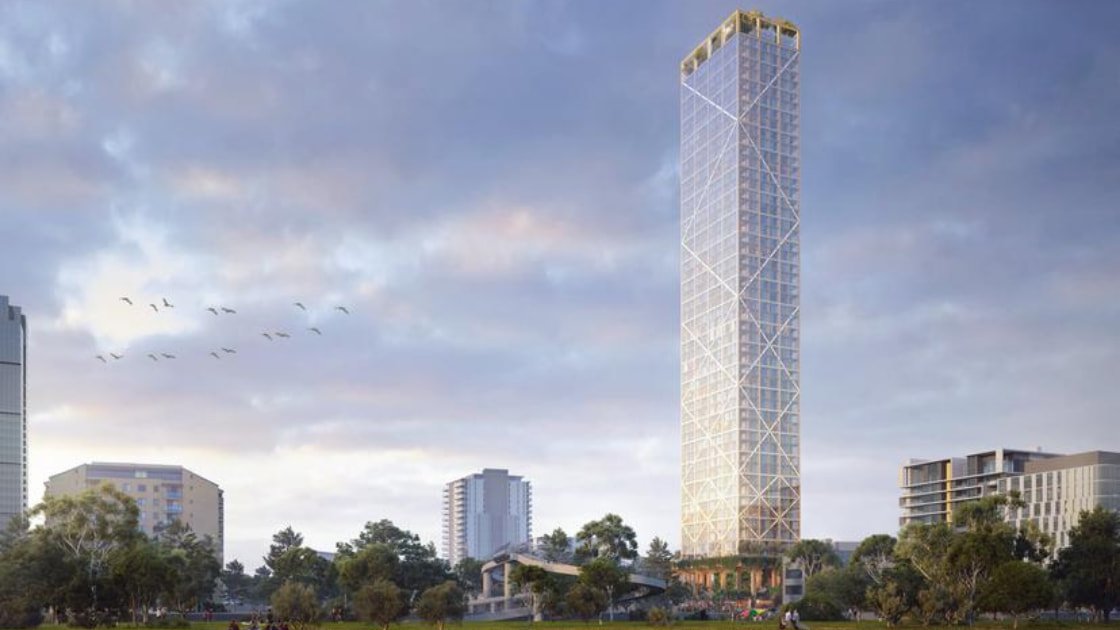 Plans submitted: Aussies reach for the sky in Perth

Developer Grange Development wants to build a 183m-high residential building with one, two, three and four-bedroom apartments and a 500sqm rooftop with an edible garden.

The plans include a split-level open-air four-storey piazza on the ground floor with a playground, cinema, horticultural zone and entertainment precinct. The proposed building at 6 Charles Street is named C6 after the periodic table’s symbol for carbon and would become the State’s first carbon-negative building.

Only the Atlassian hybrid timber Tower in Sydney is currently on target for a similar carbon negative status. The developer submitted the plans, designed by Fraser & Partners, to the City of South Perth in April.

The building would be built from 7400 cubic metres of timber, with the apartment floors, columns and beams to be made of cross-laminated timber, glue laminated timber and laminated veneer lumber.

The development application will be determined by the Metro Inner-South Joint Development Assessment Panel. The City of South Perth is currently undertaking an initial assessment of the submitted information.