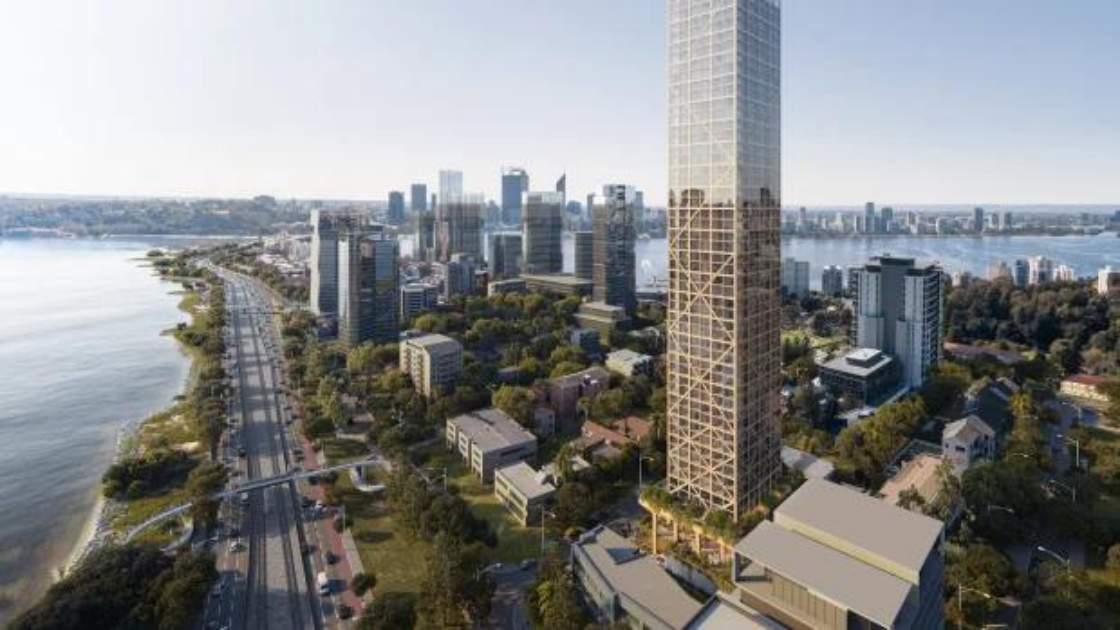 Perth Timber Tower to be World’s Tallest if approved

Melbourne developer James Dibble is hoping to build the world’s tallest hybrid timber building in South Perth after submitting plans for a 183-metre apartment tower that would be three metres higher than Atlassian’s new Sydney headquarters.

Known as C6, the $350 million Elenberg Fraser-designed project at 6 Charles Street, near the Perth Zoo, will include about 7400 cubic metres of timber in its construction – 42 per cent of its total structure – plus steel, concrete and other materials.

If it is approved by the City of South Perth, C6 will be Australia’s second carbon-negative building after the Atlassian tower, meaning it will remove carbon dioxide from the atmosphere rather than adding it.

The proposal lodged by Mr Dibble’s Grange Development incorporates 245 apartments over 48 levels and an open-air public piazza on the lower floors that will include an entertainment precinct.

Contributing to its carbon-negative status will be an embedded power network that will harness energy from the wind and sun and 3500 sq m of floral, edible and native gardens.