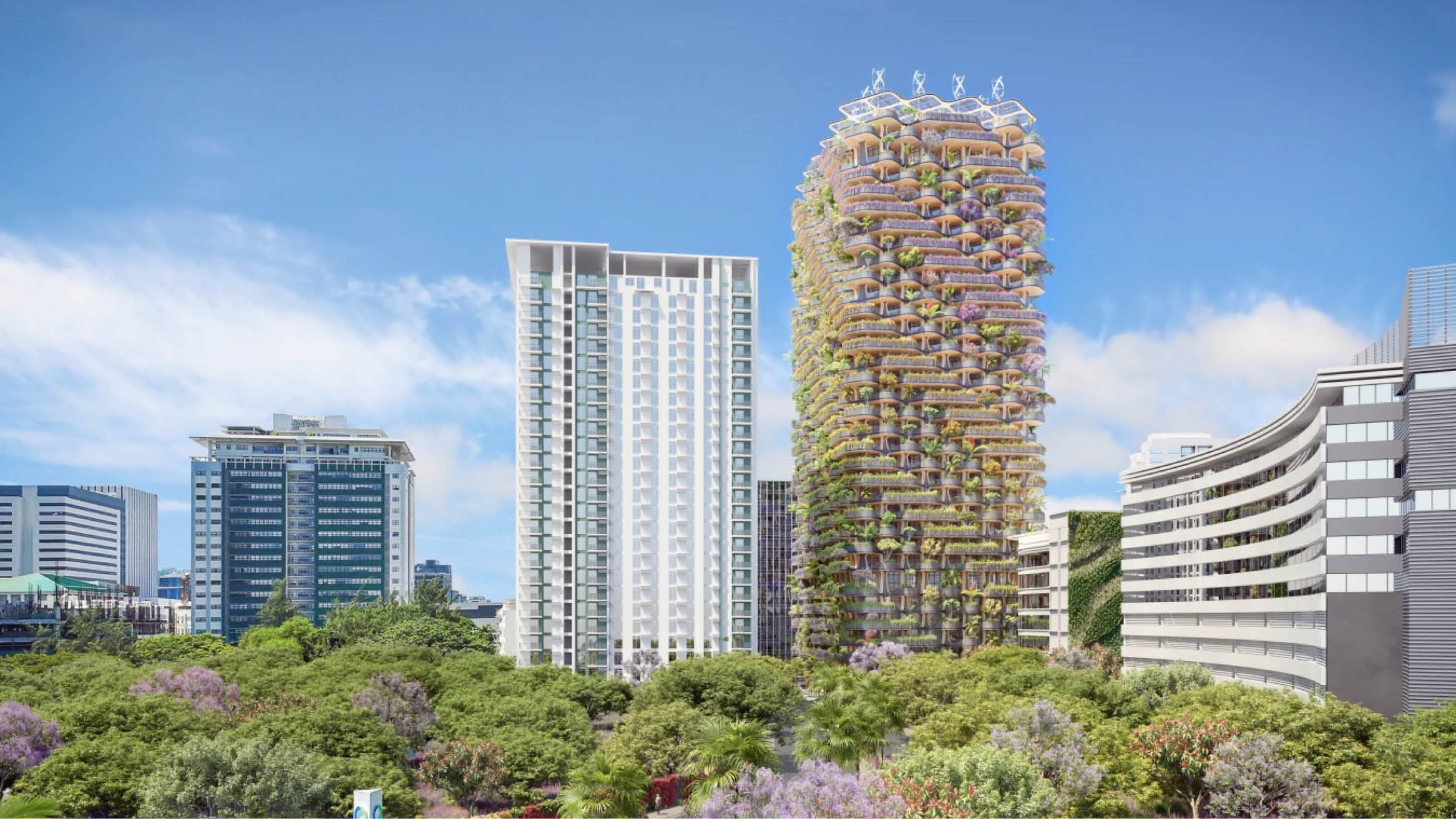 Assuming the recently unveiled Rainbow Tree by Vincent Callebaut Architectures is actually built, the greenery-covered timber tower will rise to an impressive height of 115 m (377 ft) in Cebu, Philippines. The project will also feature significant sustainable design, including solar panels and wind turbines.

According to Vincent Callebaut Architects, the Rainbow Tree will be built from a total of 1,200 prefabricated CLT (cross-laminated timber) modules. The firm makes no mention of a concrete core, so assuming there isn’t one, it would smash the current all-timber tower record of 81 m (265 ft) held by Mjøstårnet, in Norway.

The tower’s design will be defined by its sculpted wooden balconies, which will integrate planters to hold a total of over 30,000 plants, shrubs, and tropical trees. Shou Sugi Ban-treated wood is planned for the cladding, which is the traditional Japanese technique of charring the wood to protect it from insects, as well as offering improved durability and a distinctive appearance.

Its interior will include 32 floors. This will be divided into a restaurant and co-working spaces on the lower floors, with offices a little further up. On the 7th and 8th floors a pool and spa are planned, while the rest of the available space is envisioned as residential units, which will have between one and three bedrooms. The rooftop will host an urban farm for growing vegetables.

In addition to the veggies, a solar panel array and multiple wind turbines will be installed on the roof and provide power to the building. The design will also focus on passive cooling and limiting solar heat gain and is envisioned to receive both the LEED Gold and local BERDE 4 Stars green building standards.

We’ve no official word on whether the Rainbow Tree will actually be built, though local newspaper SunStar reports that it is indeed going ahead.