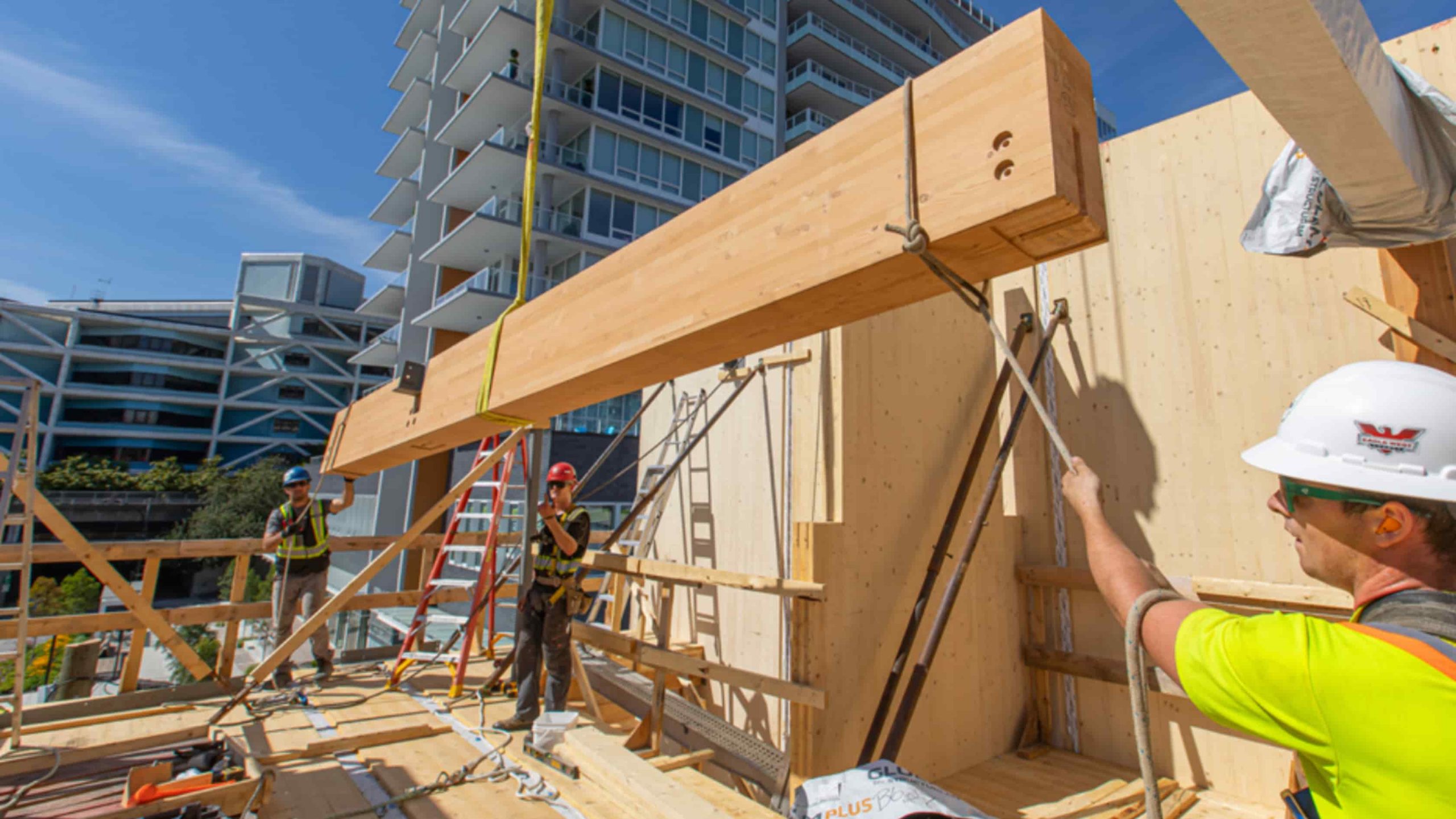 Canada’s public and private sectors have partnered to conduct a series of fire research tests on a mass timber structure in Ottawa.

The largest burn, which will consume a purpose-built two-storey building, will take place at the end of June. Additional fire tests will occur over the summer. The Ottawa Large-Scale Test, as it is called, will have three fire scenarios.

The first will consume fully furnished residential apartments built to National Building Code noncombustible high building construction standards. The second fire will take place at fully furnished residential apartments made of exposed mass timber. The results will be compared to those of the first fire. The third burn will be a construction site dumpster fire to demonstrate the performance of exposed mass timber.

The objective of the tests-by-fire is to show mass timber construction is a safe and viable alternative to steel and concrete in the construction of large or tall buildings. Ottawa-based CHM Fire Consultants Ltd. is overseeing the tests, which will be run by Natural Resources Canada at the Canadian Explosives Research Laboratory.

“It will be the largest mass timber fire test in North America,” said CHM principal and co-founder Steve Craft. Unlike most real-life fires, the Ottawa tests will be allowed to run their course.

“It will be a rare scenario,” said Craft. “No sprinklers will go off. We assume there’s been a failure and the fire department won’t show up. We expect the fires will burn vigorously for a while and then die down on their own.”

The Ottawa fires are the second half of the Mass Timber Demonstration Fire Test Project, one of a dozen mass timber demonstration and research projects that are intended to accelerate the adoption of mass timber building systems. The first part of the fire test program was the Richmond, B.C. small-scale demonstration pilot project, which took place in June 2021 at a test site in the Vancouver suburb.