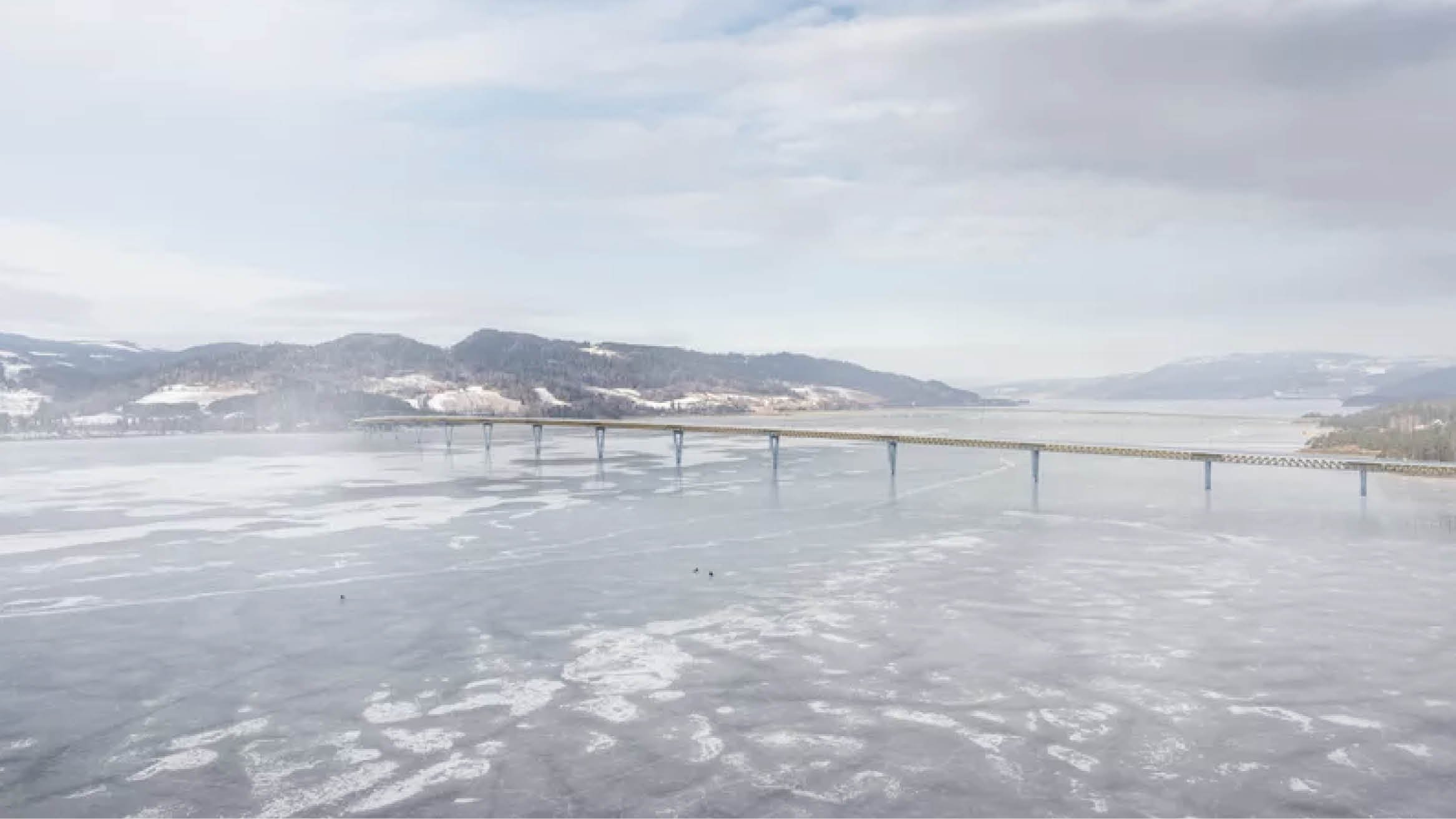 Norway: contract award for the next phase of the world’s longest bridge using structural timber

On Monday 7 September, representatives of the Norwegian road authority Nye Veier and the joint venture BERINOR ANS, associating BESIX and Rizzani de Eccher, signed the contract for the design, permitting and further development of the E6 Moelv-Roterud infrastructure project.

The project includes a main bridge over Lake Mjøsa spanning more than one kilometre, and an 11-kilometre section of four-lane motorway.

The bridge concept will make it the longest in the world to use structural timber and will set a new benchmark for the use of sustainable materials in major infrastructure projects. Sustainability aspects, including limited greenhouse gas emissions and quality landscape integration, are amongst the primary objectives of Nye Veier and BERINOR.

BESIX and Rizzani de Eccher are associated, among others, with the Norwegian contractor AF Gruppen, the designer and consultant Multiconsult and architect Knut Selberg.

BESIX and Rizzani de Eccher have demonstrated in the past the quality of their collaboration in the infrastructure field. In September 2019, several months ahead of schedule, they successfully completed the Crown Princess Mary Bridge (Kronprinsesse Marys Bro) in Denmark. The project included an 8.2 km four-lane motorway and a 1.4 km bridge over the Roskilde fjord, the first cantilever bridge built in Denmark since 1970. Both the motorway and the bridge crossed an EU Natura 2000 area, the works were therefore subject to strict environmental requirements.