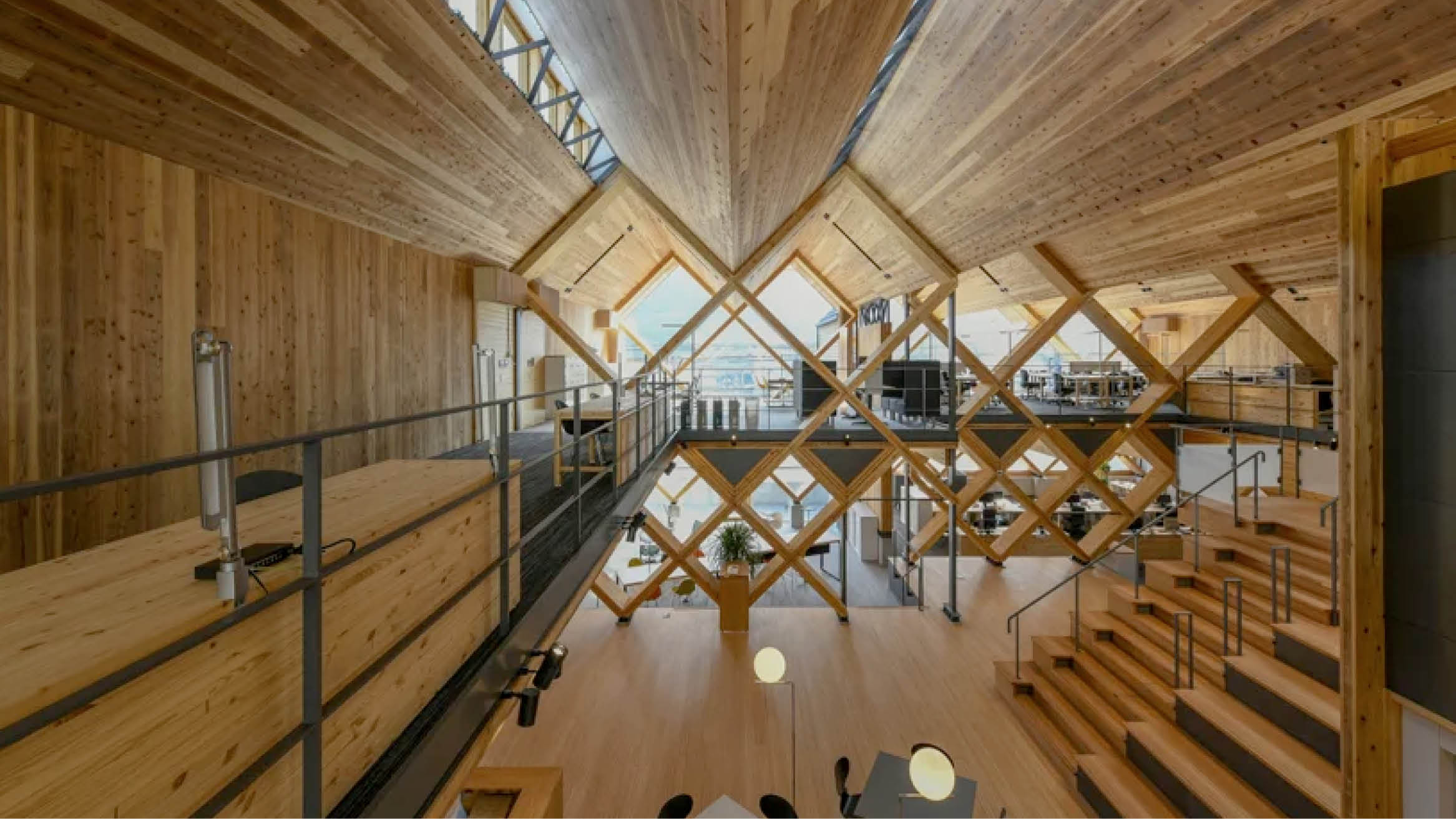 In Maniwa, Japan, NKS architects has utilized a system of cross laminated timber to design a head office for Meiken Lamwood Corp. The brief called for the original office buildings to be brought under one roof, allowing for a new way of working with hot desking and a cafe space for socializing. Spanning an area of 10,667 ft2 (991 m2), the completed project is articulated by the diagonal lattice-like structure and v-shaped roof.

The entrance, located on the eastern side of the floor plan, welcomes office staff into a common space. The offices are located on the 2nd and 3rd floors, which are connected via a large central atrium. This atrium space brings natural light deep into the interior while also serving as a point of reference in the building, making people on different levels feel connected. In addition to the largely glazed southern façade, light is also brought in by the rooflights.

The frame system is a structure in which diagonal lattices of laminated timber are arranged in parallel, and v-shaped beams and roofs using large spans of CLT. Since the rhombus is a seismic element, the CLT seismic wall need only be in a direction orthogonal to the rhombus. By dividing the building according to the shape of the site and shifting it, displacement and movement also occurred in the internal structure and space, creating an integrated space where the lattice-like frames gently divide the space. The construction system also wraps the space with a sufficient heat insulating material and an air barrier that maintains air-tightness while circulating fresh air.