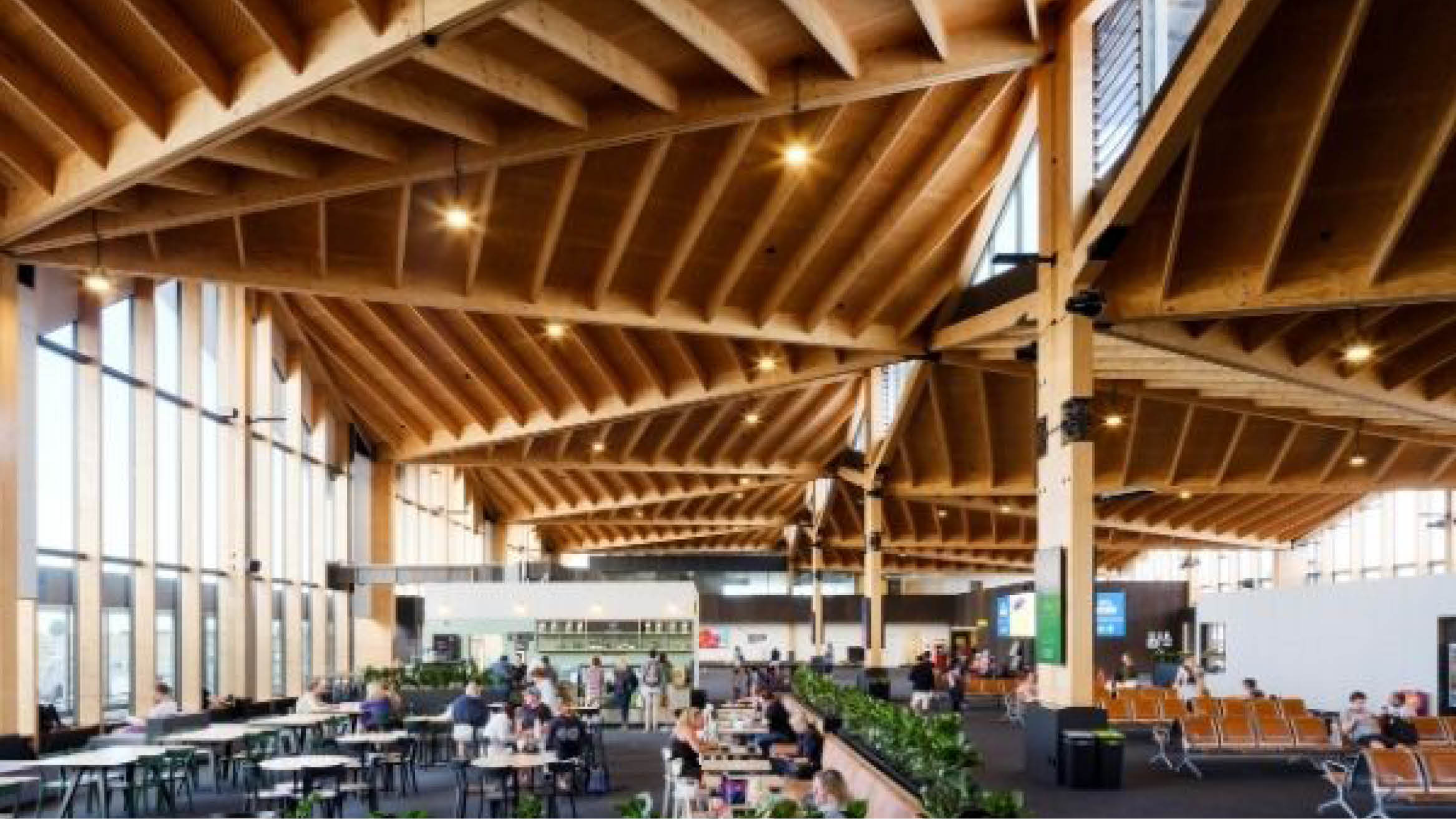 Nelson Airport Limited wanted a new terminal building that had a visual and spatial impact, without compromising future-flexibility. Dunning Thornton Consultants was contracted to provide the structural engineering design and coordination for the building.

The new terminal features a long-span, folded-plate timber roof that has few supporting columns down its 105-metre length of the building. The development of the roof involved the complex analysis and design of a folded plate LVL structure with modular detailing.

Timber features extensively throughout the building, which was vital for the project as the Nelson region has a strong forestry industry, and using local materials was essential to the client. It allowed the design team to make a financial investment in the local industry and benefited the environment by reducing the transportation of materials from outside the region.

The modular detailing of the roof structure streamlined the construction and large-scale future expansion in the same form to increase the floor area of the terminal. The internal configuration of retail and public spaces in airports frequently change requiring smaller-scale future-proofing to be considered in the design. The structural innovation resulted in a roof form where the whole timber structure was exposed in the finished building.

The judges commented that the dominant feature of this visually stunning building is the long span timber roof with 18 metres between the columns. Careful configuration and detailing of the building structure allows expansive views to the outside. A parametric modelling study looked at optimising the roof geometry, ensuring the wooden beams were kept as small as possible.

Low damage design principles were used in the structural design to provide resilience and robustness, business continuity, and a reduced likelihood of demolition being required after a larger than SLS event. It included the ground floor being suspended on piled foundations due to the risk of early on-set liquefaction and elaborate deflection head detailing at the tops of walls to allow the roof to move up and down in a strong wind without damaging the walls and finishes.

The building also incorporated the first commercial use of Tectonus Limited’s energy dissipation system which was developed at the University of Auckland. It involves the new Resilient Slip Friction Joint technology that provides both damping and re-centring of the internal columns. The use of this technology helps achieve low damage in the event of an earthquake.

Nelson Airport Limited says Dunning Thornton’s performance is an example of how a talented and committed team can define, design and deliver a highly challenging brief into a genuinely unique solution. The new building meets both the operational and aesthetic challenges presented by a busy airport terminal. The result is one that the client and the Nelson Tasman region will cherish for years to come.