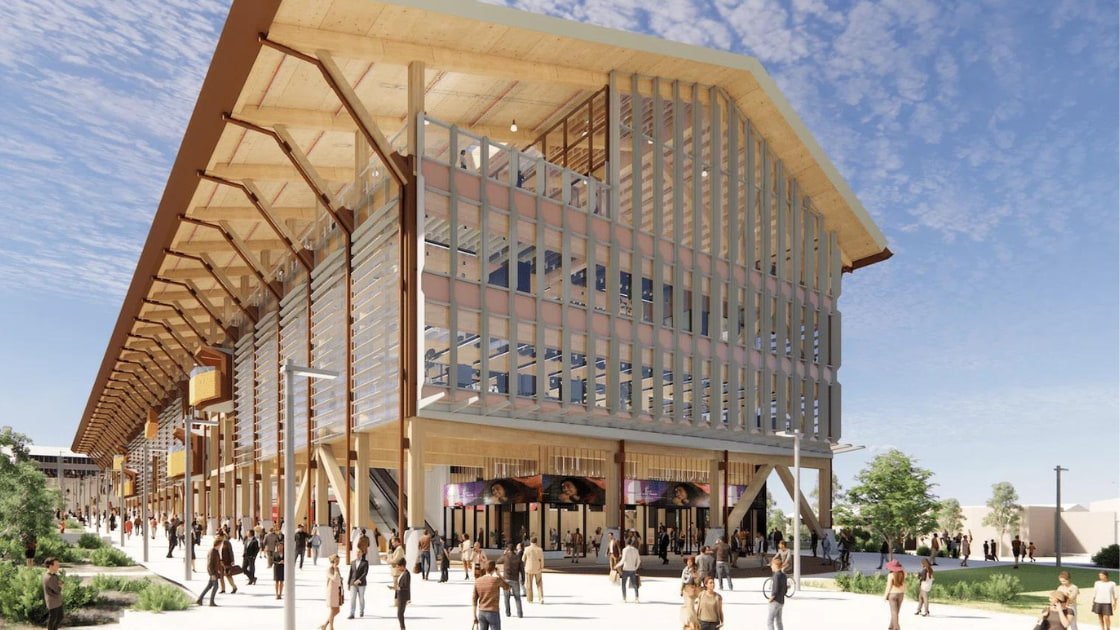 At the Murdoch University campus in Perth, a new mass-engineered timber (MET) building is being erected. The project will be Western Australia’s largest MET building, but that is not what was attracting attention to the building site one day this past May.  The reason for the television news cameras, the careful safety precautions, the interested labourers debating whether they could work faster than the new hire, dated from a conversation Pratik Shrestha CPEng, the Aurecon structural engineer leading the project, had a few years earlier. The entire building at Murdoch University would require 200,000 to 300,000 of the screws, but on this day, the robot was tasked with affixing 50 to 100 of them as a demonstration it could do the job.

“We were throwing random ideas out and we said, ‘Wouldn’t it be cool if there were robots on site?’” Shrestha recalls. It was a “blue-sky idea”, he admits, but one that Aurecon wanted to see if it could turn into a reality.