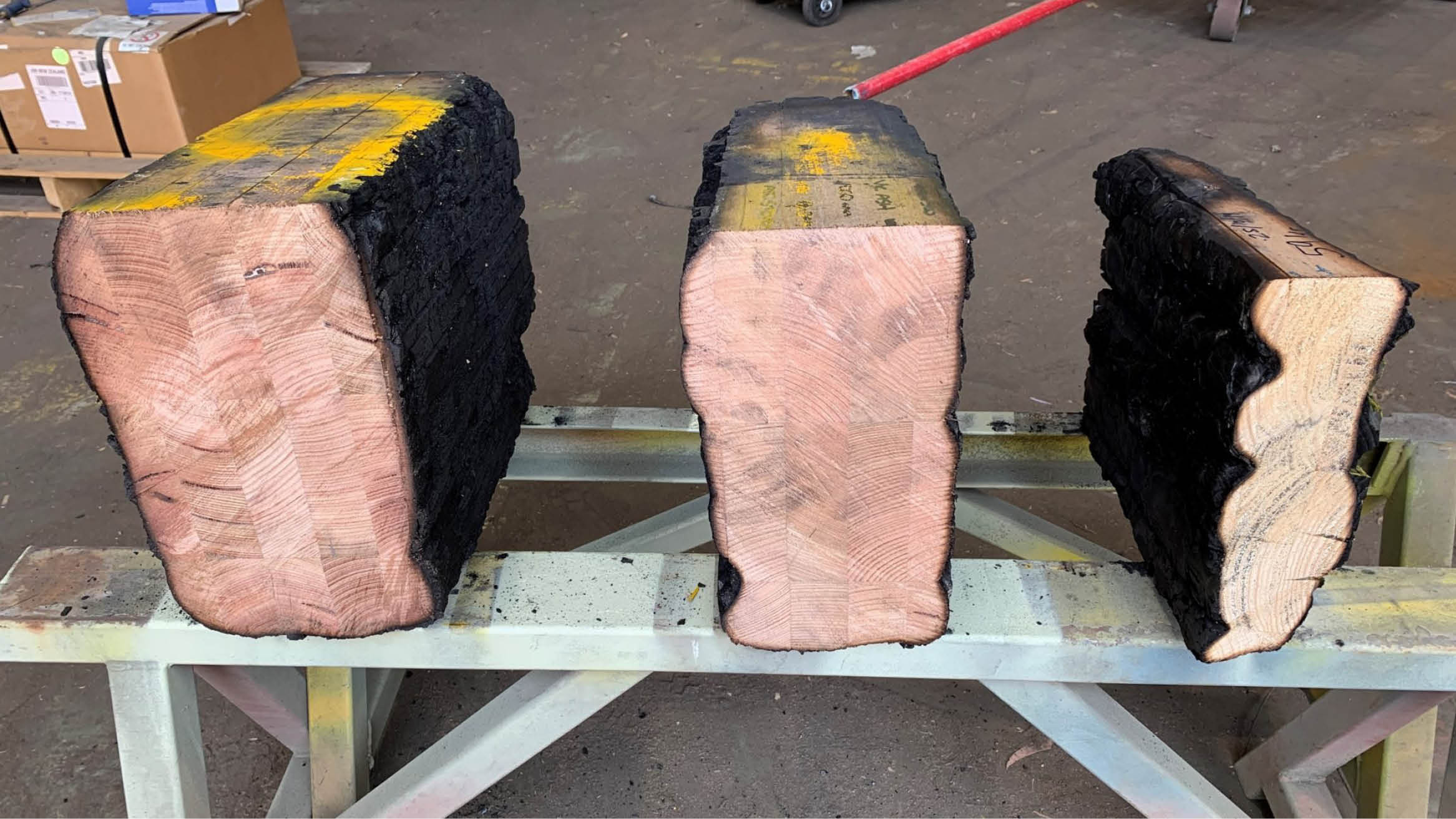 The glue-laminated members undertook the 120 minute Fire Resistance Test (FRT) and Fire Resistance Level (FRL). Following the requirements as listed in the Australian Standards 1530.4 : 2014, each MASSLAM member passed 2 hours of fire, reaching above 1,000 degrees Celsius, while still bearing the load expected in a commercial building.

The MASSLAM members tested were made using various species of plantation and regrowth hardwoods, which are designed for use as column and beams in mid-rise buildings (up to 9 storeys in height).

What makes the members even more advantageous is that some offer a 40% reduction in size when compared to imported mass-timber products (shop local).

“There are generally two concerns from authorities,” says ASH’s Managing Director, Vince Hurley. “Fire and acoustics. There are sufficient design solutions available to easily overcome both and many use European fire data which, unlike Australia, is only required to meet 60 or 90 minutes. We have questions about whether European tests would be relevant to Australian Standards at 120 minutes. This test not only shows the performance of our MASSLAM systems under prolonged fire, it also proves that timber performs much better than steel”.

MASSLAM column and beams can be manufactured up to 1300mm wide, 450 high and 12m long without block laminating. “We have invested another $12M in automated mass-timber equipment, advanced adhesive technology and state of the art, robotic CNC equipment,” says National Business Development Manager, Daniel Wright. “This compliments and extends on our existing $20M Glulam facility. ASH’s Wood Engineer can develop shop drawings from 3D building plans and the advanced robotic equipment will prefabricate the members in accordance with the design. Builders will receive MASSLAM with fixings attached and a coating to protect against weather during construction. MASSLAM can then be delivered to site in order of sequence where they will be connected as they go”.