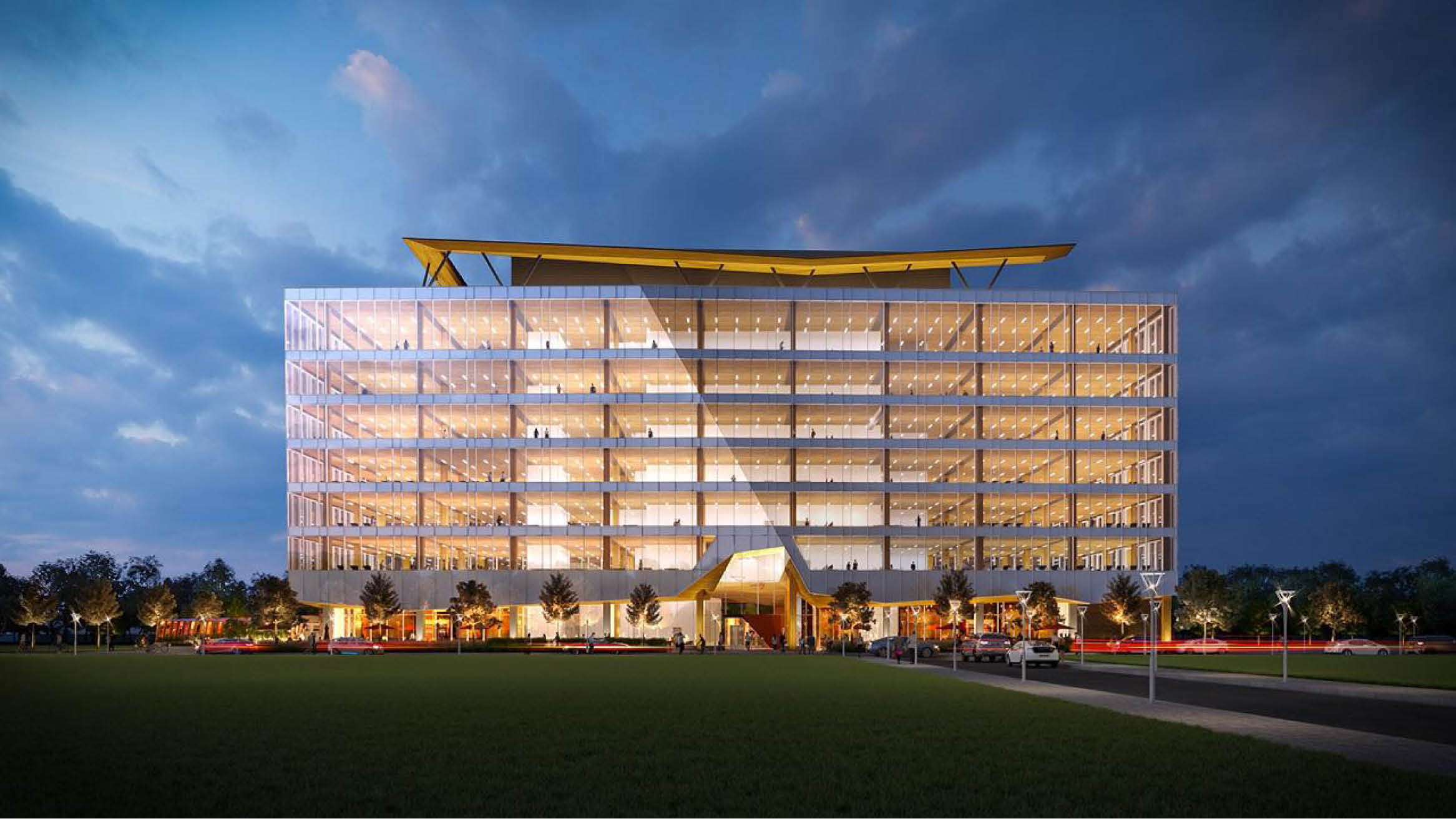 The most novel architectural material in Canada right now is an old one—wood. But when made into mass timber beams and panels, the age-old material gains structural and fire-resistance qualities that open up new possibilities for construction. We asked structural engineer David Bowick to walk us through the basics of working with mass timber structures. Here’s what he told us.

Mass timber construction—which makes use of glue laminated (glulam) beams and columns with products like cross-laminated timber (CLT), nail-laminated timber (NLT), and dowel-laminated timber (DLT)—is in its early days. With concrete and steel, there are clear templates for commercial construction—the 9×9 bay concrete flat slab, with 4 metres from floor to floor, and for big box retail, the 9×12 bay with steel beams and open web steel joists. With mass timber, it seems every project is constructed using a unique structural system.  There’s an opportunity to go beyond purely pragmatic concerns with mass timber. The uniqueness of the system can become a design goal.

What are the baseline rules of working with this family of materials? Mass timber systems follow inherently different rules than concrete and steel. Square bays are effective when you have a system that has similar strength and stiffness in both directions, but are inefficient with wood, which is necessarily “stick built” with “one-way” elements (elements that are much greater in one dimension than the others, or decks which are much stronger in one direction than the other) stacked on perpendicular one-way elements. Because mass timber systems rely on beams, they are necessarily deeper than slab systems, requiring greater floor-to-floor heights. The beauty of wood, and the cost premium in constructing with mass timber, means that architects and owners often want to expose and express the structure. Fire-protecting exposed wood structures and protecting them from the elements during construction creates design challenges and can be costly.

One also needs to consider construction economics. With mass timber construction, the cost of fibre represents roughly two-thirds of the cost of the structure. Mass timber elements are manufactured off-site in large pieces, often taking advantage of CNC milling, which minimizes both factory and site labour. The impact is that systems that minimize material use may prove economical, even if they result in increased complexity in the system.

As the use of mass timber becomes more widespread, it may become more affordable. For many years in North America, the cost of construction has been dominated by the cost of labour. Current estimates place labour at more than 50 percent of the overall construction costs. When other contributing costs are considered, such as equipment and general conditions, the cost of material in construction represents a relatively small part of the overall budget for a building.

Moreover, the inevitable shift to a carbon-based economy means that those technologies that have the lowest contribution to greenhouse gas emissions will ultimately prove to be the most economical. Wood is a renewable resource that encapsulates carbon. It is part of the solution, rather than part of the problem. The only question is how long this shift will take, and how bad the climate crisis will get first.

In the meantime, opportunities and challenges await the architects and engineers working with mass timber. At the conception of this article, I planned to present the relative merits of a half dozen ways one might assemble a mass timber floor. I quickly realized that there are many, many more than that.