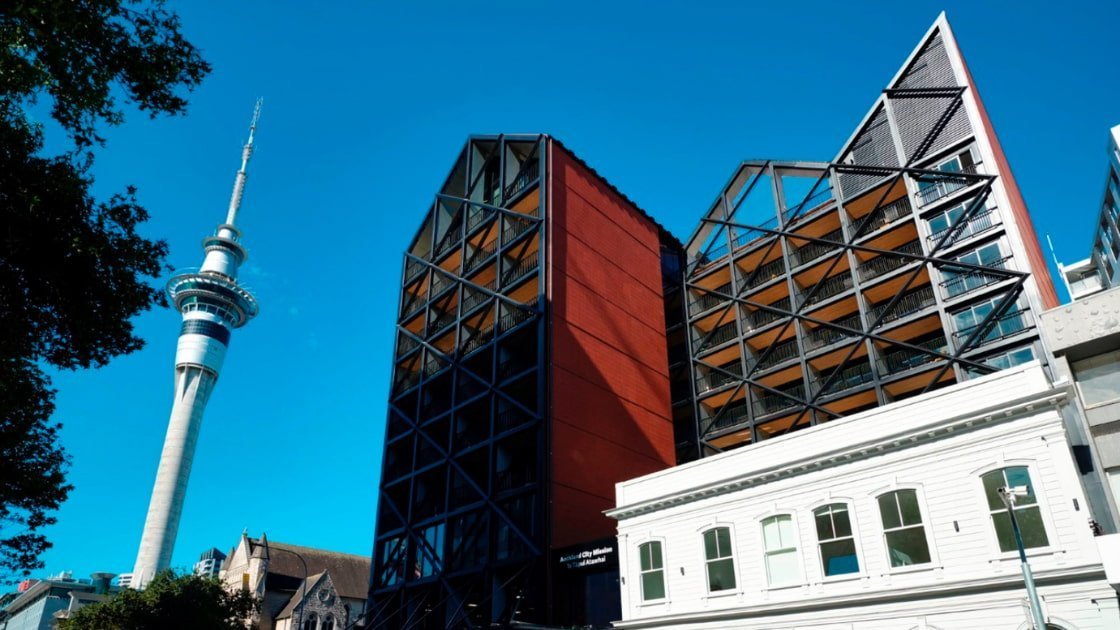 “HomeGround is an immaculate architectural insertion within the fabric of the city. This building remakes its immediate surroundings, with a legible internal street that serves building users and welcomes all. Layers of accretion have been sensitively removed, returning the Prince of Wales tavern as a meaningful heritage structure to Hobson Street. An architecture of openness and inclusion combines material richness with spatial transparency to embrace the city’s most vulnerable, while integrating public spaces and breaking down the traditional isolation of this typology. Exemplar high-density housing provides access to shared outdoor spaces, views and light. The building is at the forefront of multi-level, engineered-timber construction and sustainability in Aotearoa New Zealand. The layered façade references traditional gabled forms, woven textures and technologies of Te Ao Māori and the Pacific, rendering a distinctively local architectural response.”