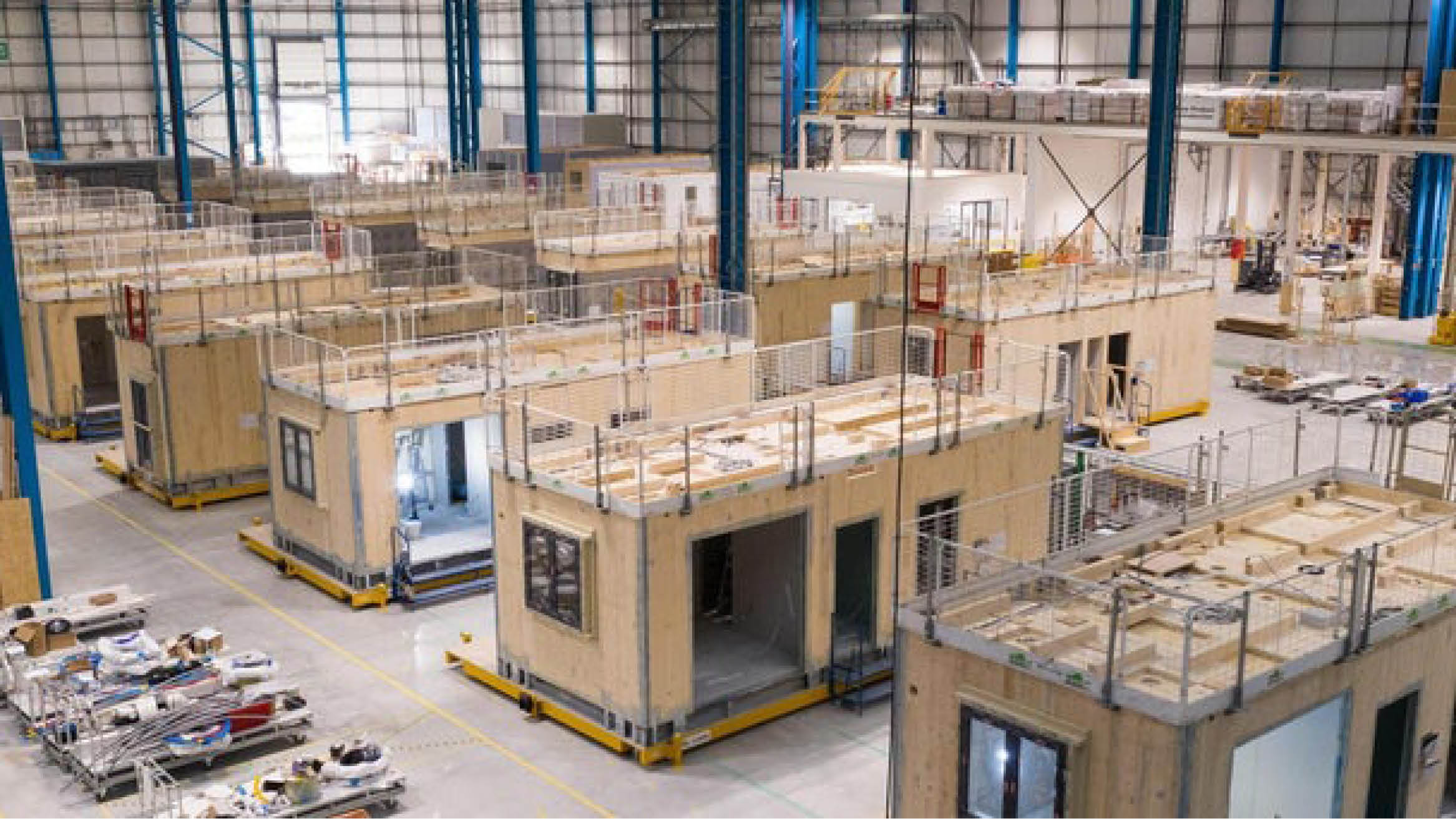 It’s all go for Legal & General’s modular homes factory as it plans to develop in Selby and aims to export.

Legal & General’s Yorkshire-based, factory-built homes business was established in 2016 and it took more than two years and a small fortune for the first eight homes to roll off its production line.

There was a £75m loss and no profit as money was poured into the project. Eyebrows were raised and questions were asked as the construction industry wondered what was going on behind the doors of its gargantuan factory in Sherburn-in-Elmet.

The answer is simple, according to Rosie Toogood, chief executive of Legal and General Modular Homes, who says: “We have taken time to improve designs, improve processes and broaden the range of properties we can deliver.”

The proof that patience is a virtue when it comes to design and precision engineering is about to be revealed as L&G Modular Homes begins work on its first in-house development.

It has planning consent to deliver 154 homes on an eight acre site on Portholme Road, Selby. Thirty per cent of the properties will be affordable and the rest will be for sale on the open market. They include a mix of contemporary terraced houses and low-rise apartments.

The properties will roll off the production line with wiring, plumbing and pre-fitted kitchens, bathrooms, windows and doors. A two-bedroom home takes just two weeks to build, which is at least half the time of a conventionally-built property.

Transported to site on low loaders, the houses and flats will be placed on foundations, clad in brick and topped with a roof. All will have a rare “A” rating for energy efficiency, due to maximum air-tightness. Only one per cent of new homes achieve this standard.

Rosie Toogood believes the Selby development will also debunk the myth that homes built on a factory production line are identikit boxes. “This won’t be a cookie cutter estate. About 80 per cent of our processes are standardised so we can focus on the 20 per cent that really differentiates the product.

“Selby will be an exemplar with 21st century modular homes designed with imagination and flair. We want people to say ‘if this is modular, I want some of that’,”.

She is all set to ramp up production at L&G Modular Homes, which is part of financial services giant Legal & General, a business that has invested heavily in the housing sector. It also owns housebuilder Cala Homes and develops affordable housing, later living homes and build-to-rent schemes.

The 550,000 sq ft modular housing factory will eventually employ up to 1,000 people. At the moment, there are 250 including designers, structural and manufacturing engineers, joiners, plumbers and those who have been trained to put together and fit out the modules. Another 50 staff will be recruited over the next few months and they will be trained in the on-site academy set up in collaboration with Selby College.

The Sherburn-in-Elmet site closed when lockdown was announced but the factory floor is now operational again. “The factory is the size of seven Wembley football pitches and we are not at full capacity yet. We’ve only got four production lines with 14 stations each so social distancing isn’t a problem,” says Ms Toogood.

The team builds homes for L&G’s own housing developments and for external clients, including housing associations and other developers. The pipeline this year is for 350 homes with 150 already built. The target is to produce 3,000 a year by 2024.

The home types range from four-bedroom houses to two-bedroom bungalows with cross laminated timber frames to low rise apartment blocks, up to five storeys, constructed from steel and concrete.

At the moment, the cost of L&G’s factory-built homes is almost comparable to those that are constructed traditionally on site but they have the additional benefits of certainty, speed and efficiency. The weather won’t stop work and the company is not reliant on contractors.

“We are getting to the point where we are as cost effective as a traditionally-built home and the plan is that we will eventually be more cost-effective,” says Ms Toogood, who adds, “Quality is our big selling point. There are zero defects as our homes are inspected at every step.”

She predicts that factory-built properties will make up 30 per cent of the new home market within the next five to 10 years, though will never fully replace traditional builds.

Her plan for L&G Modular Homes is to take the Sherburn-in-Elmet factory to full capacity before opening another factory elsewhere. Even more ambitious is the 21st equivalent of taking coals to Newcastle. She wants to export L&G homes to Germany and Scandinavia, the countries that pioneered modular, factory-built homes concept.

“The future is looking really good,” she says. “I believe that the Selby development will prove that modular is the future for housebuilding.”