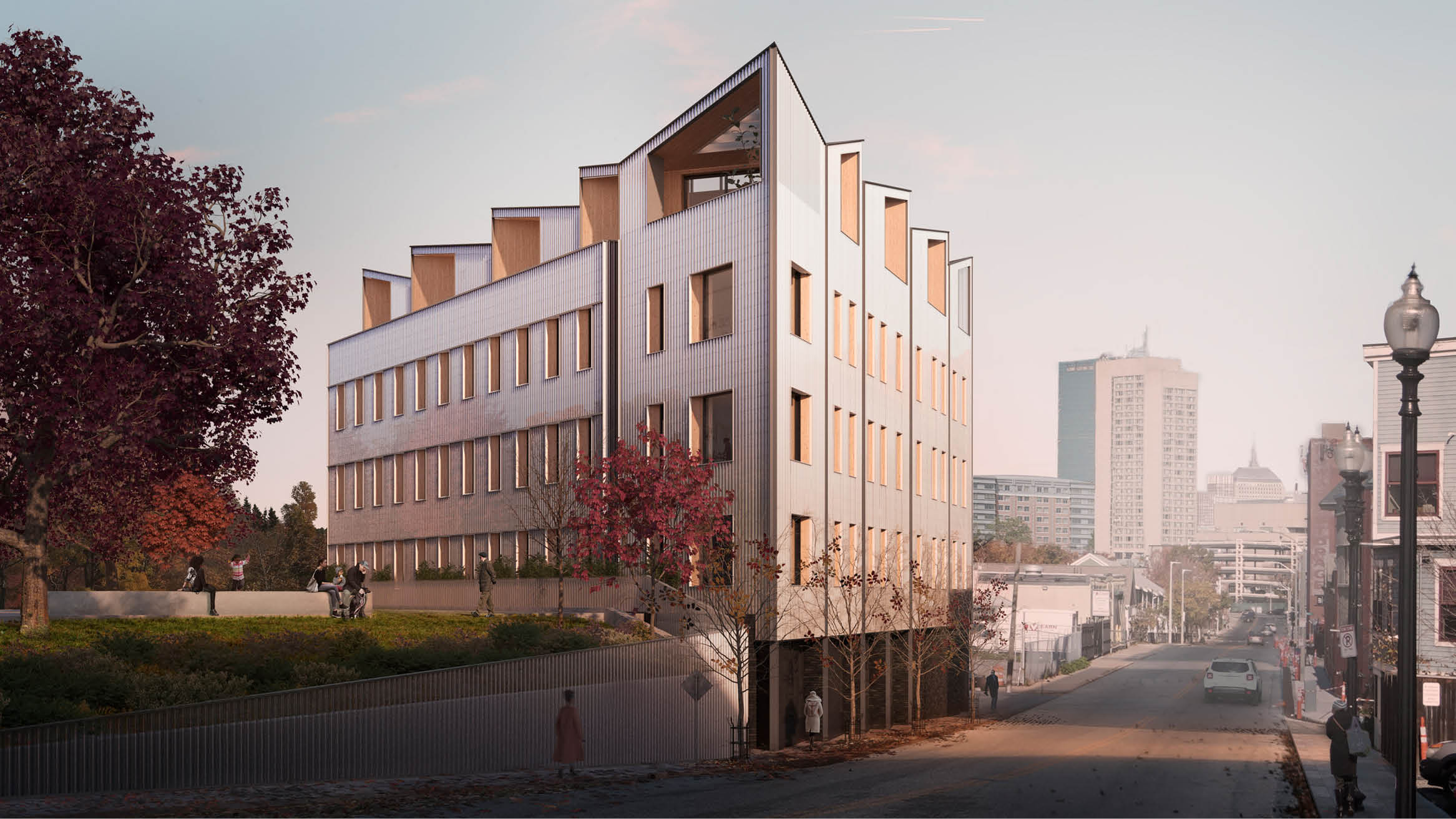 The proposed five-storey block will use Generate’s Model-C prototype “kit of parts” system, which is a type of modular prefabrication that allows for disassembly and reuse.

It is intended to achieve the Passivhaus standard for energy efficiency and will aim to operate at a net-zero-carbon level, which will make it an important example of a more sustainable building, according to Generate.

“To our knowledge, it will be one of the most sustainable buildings in America,” CEO John Klein told Dezeen.

The parts will be made of cross-laminated timber (CLT) – an engineered wood consisting of laminated timber sections. The material is less energy-intensive than conventional materials like concrete and steel.

The architecture studio has teamed up with local developer Placetailor, which focuses on creating Passivhaus, net-zero energy, and net-zero carbon, to develop the building as a demonstration project.

Once complete, it will be the city’s “first ground-up, full cross-laminated-timber Passivhaus”, according to Generate.

“By replacing conventional concrete and steel construction materials, which significantly contribute to the release of carbon dioxide into the atmosphere, Model-C projects instead act as a carbon sink by storing the carbon in the timber of the CLT cellular structure and envelope over the lifetime of the building.”

When complete Generate hopes that the building will operate at a net-zero-carbon level. This will mainly be achieved because of the large amounts of wood used in the building will have absorbed carbon dioxide, according to Klein.

“Additionally, it is the large amount of wood fiber in the cross-laminated timber panels that act as a carbon sink – ultimately tackling both operational and embodied energy with a single system,” he said.

The building will include a CLT rooftop canopy to which solar panels can be easily mounted. The walls, meanwhile, will comprise mineral wool and cross-laminated timber to ensure the interiors are well-insulated.

“This approach enables the building to reduce its heating and cooling loads,” Klein said.

Designed for the Lower Roxbury neighbourhood, the 19,000-square-foot (836-square-metre) building will contain 14 residential apartments plus a co-working space at ground level for the local community.

The Model-C can also be tweaked to suit different sites and requirements.

For the project, they are building on an acute triangular block, which Klein said shows “the system’s adaptability to extreme angular conditions, pervasive throughout urban centres”.

The system can work with various cladding materials, but this building will have a lightweight porous metal cladding. It will be prefabricated in sections, which in turn will reduce the need for scaffolding during construction.

The building will also include modular bathroom pods that will be prefabricated off-site and then plugged into the building — processes that help save time and reduce construction waste.

Generate and Placetailor expect to begin construction in June 2020 and finish by early 2021.

“There is a huge opportunity to greatly simplify the building, if enough time is spent in early coordination between the structure, shell and systems,”  Placetailor’s director of strategy, Colin Booth told Dezeen.

“We look forward to showing the commercial housing market how a building can be at once simpler and more comfortable, while relying on a biophilic and digital-design-oriented material,”

“The CLT panels can be pre-routed to integrate mechanical, electrical and plumbing (MEP), which is already reduced due to the low energy demands of a Passivhaus; there is a reduction in harmful fireproofing materials, and there are ways to reduce things like paint, through the use of dyed plaster or drywall, by exposing the face of the CLT where possible,” Booth added.

Generate is currently exploring the potential application of the Model-C system on projects up to 18 storeys, based on the new 2021 Tall Wood building codes. For now, mass-timber prototypes in the USA are limited to six storeys.

The project is the latest venture to test the limits of timber construction. Sidewalk Labs, the architecture and urbanism arm of Google parent company Alphabet, has unveiled a digital model for what would be the world’s tallest mass-timber building, reaching 35 storeys. 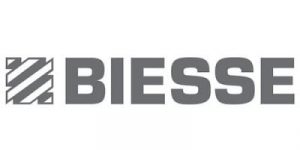