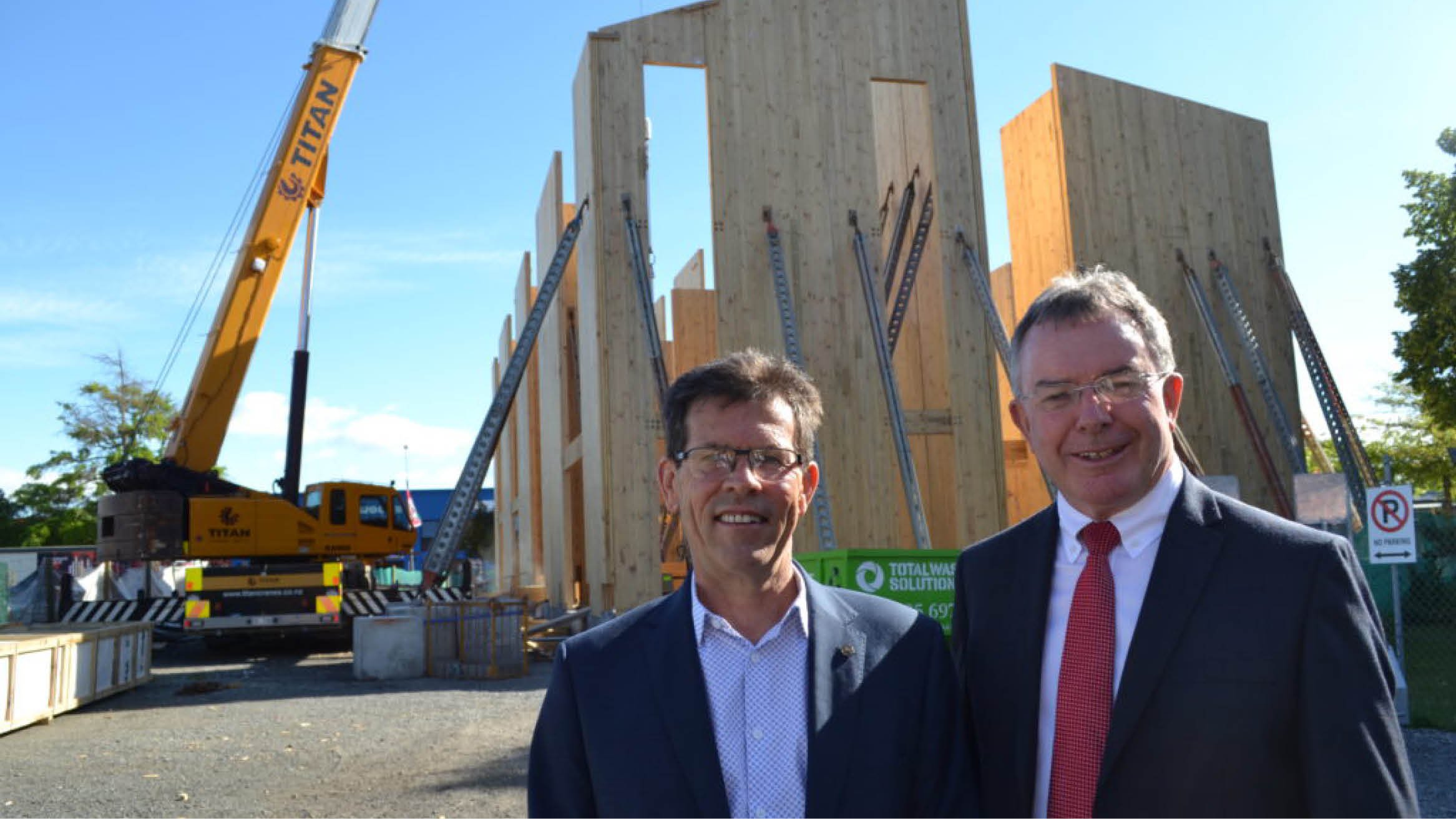 Nearly at the halfway point of construction, Catholic Cathedral College’s new $5.6 million office, administration and classroom building will be constructed using industry leading resilient and sustainable systems, with timber at its core.

Cross Laminated Timber, known as CLT, forms the three-storey building’s structural framework and this is just the beginning.

Catholic Cathedral College founded in 1987 but its origins go back more than 150 years and has a roll of 460.

Mike Nolan, Manager, Catholic Education Office in Christchurch, said that the urgent message of Pope Francis relates to the need to ‘care for our common home.’

“Cross laminated timber brings a huge advantage to the environment through efficient application of the world’s most sustainable, renewable, building resource – wood. The primary environmental benefit of this type of construction, over a more conventional steel and concrete solution, is the reduced greenhouse emissions associated with the construction materials,” he said.

Wood takes in carbon dioxide straight from the atmosphere as the trees grow, resulting in a negative total carbon footprint, whereas steel and concrete have high embodied carbon that cannot be offset.

“Figures we have received for a hypothetical similar building using steel and concrete on the level one and level two floors, shows a net increase of approximately 334 tonnes of carbon compared with cross laminate timber. Using wood means a negative total carbon footprint of 160 tonnes, while steel and concrete would add 174 tonnes to the environment.”

“In simple terms it equates to taking 110 standard cars off the road for one year,” he said.

Work commenced on the new WSP-designed building in July and is expected to take a year to construct. The building will include a new administration, reception, offices and staffroom on the ground floor; four teaching spaces and offices on the first floor and the same on the second floor.

The building will also feature a heat recovery mechanical ventilation system, low energy lighting and elevator, and a high rated thermal envelope reducing the energy use of the building when in operation.

Timber, in this application, provides a resilient structural solution, that is expected to sustain minimal structural damage following a major seismic event, further adding to the whole-of-life sustainability.

“While the use of timber in mid-rise commercial/educational buildings is well established in Europe, it is an emerging technology type in New Zealand, and we are excited about timber’s resilience and efficiency,” Mike Nolan said.