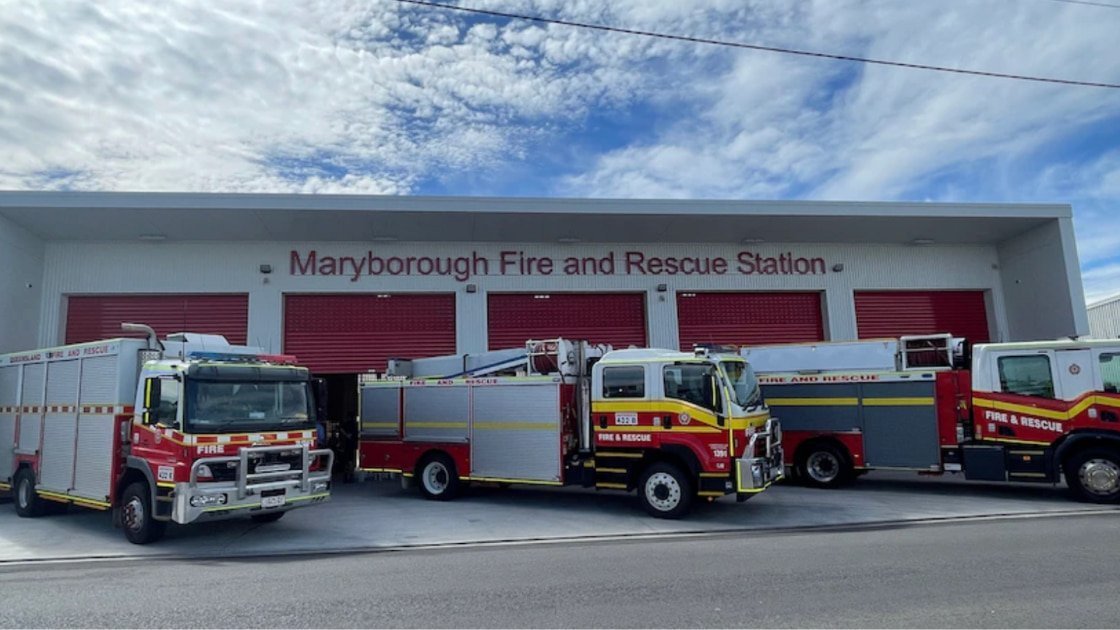 More than six years and $14 million of works are complete at the Queensland Fire and Emergency Headquarters in the heritage city of Maryborough, but this is a building like no other.

The station is the first in Australia to be made of mass-engineered timber, and the irony is not lost on QFES Deputy Commissioner Mike Wassing.

“The fact that now our fire station is actually made of timber — there’s a lot of detail and research that has gone into that.”

The new design restored the 1951 heritage-valued brick bones of the original station, with the remainder of the building constructed from locally sourced wood.