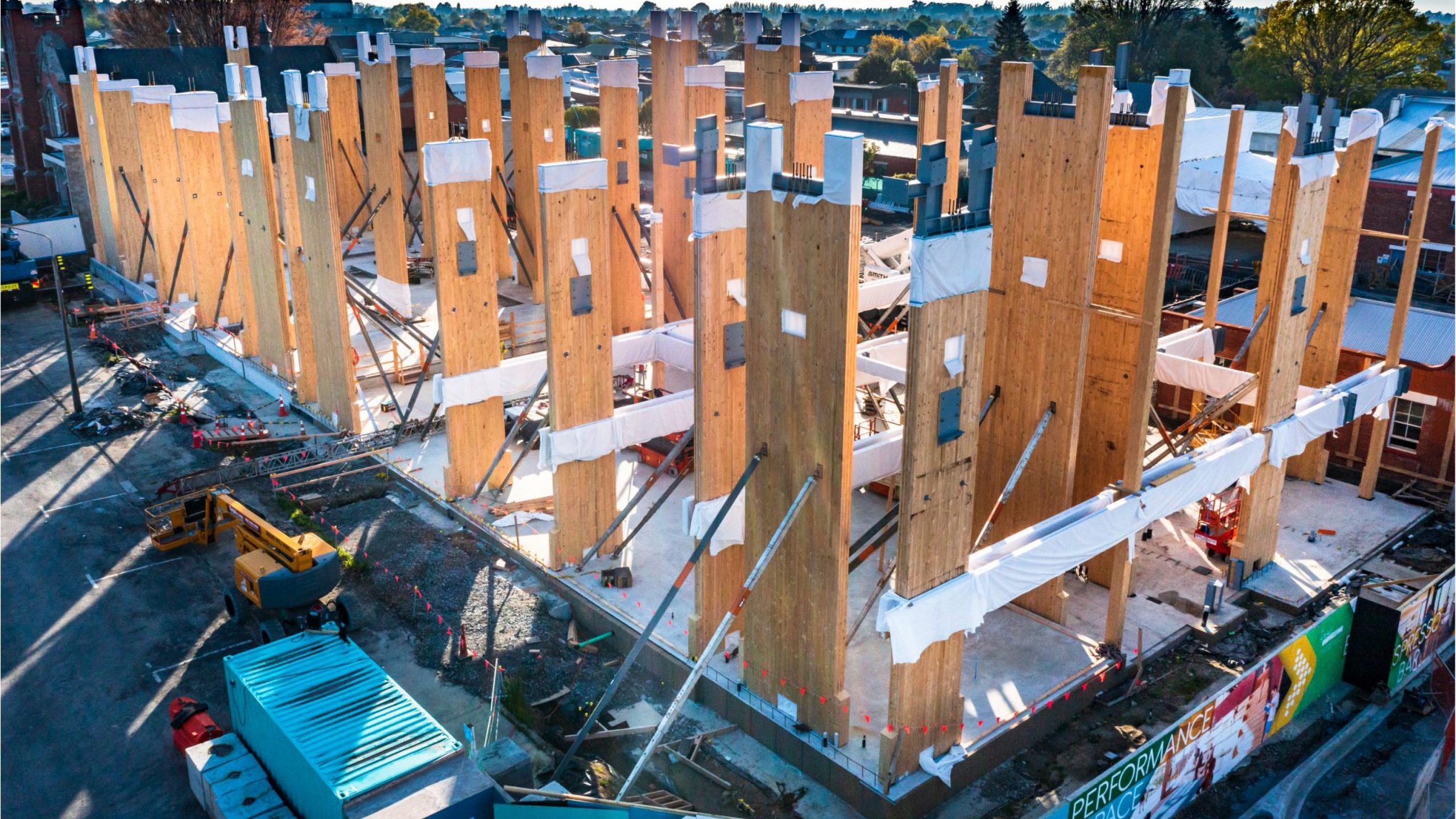 The team at Ashburton District Council‘s new library and civic centre is relishing the opportunity to use some of the latest construction technology on the project.

As a fully integrated BIM project, they’ve (Naylor Love) got eight models for the structure, services and architecture all stored in the cloud. They’re identifying, cataloguing and documenting changes and clashes between the models using Revizto, which produces some stunning virtual visualisations.

To bolster the site diary and build documentation, they’ve been doing site walkthroughs with an OpenSpace 360 degree camera fixed to a hard hat. Their favourite feature is the split screen, which you can use to compare the same location on two different dates, or to compare the site and the model.

The final tool in their high-tech trifecta is the Hilti Group Total Station, a robotic digital site layout tool. It makes it easy to back-check gridlines, set out structural elements, and quality check subs’ installations, which is giving them plenty of flexibility to get things done.

And they’re certainly getting things done, with 35 of 46 CLT wall panels in place and the LVL beams and columns going in. They’ve started installing the Potius timber floor units in preparation for the first suspended floor slab.

There are plenty of challenges involved in building a timber structure of this scale – the bolted connections on the 26 metre-long floor beams need to be accurate within +/- 3mm, and weather protection of all that timber in Ashburton’s changeable spring weather is keeping their team on their toes. They’re also integrating a heritage-listed brick structure, Pioneer Hall, into the new build – but they’ve got a great team and a real sense of momentum building on site.

Thanks to Beca for the brilliant aerial photos!