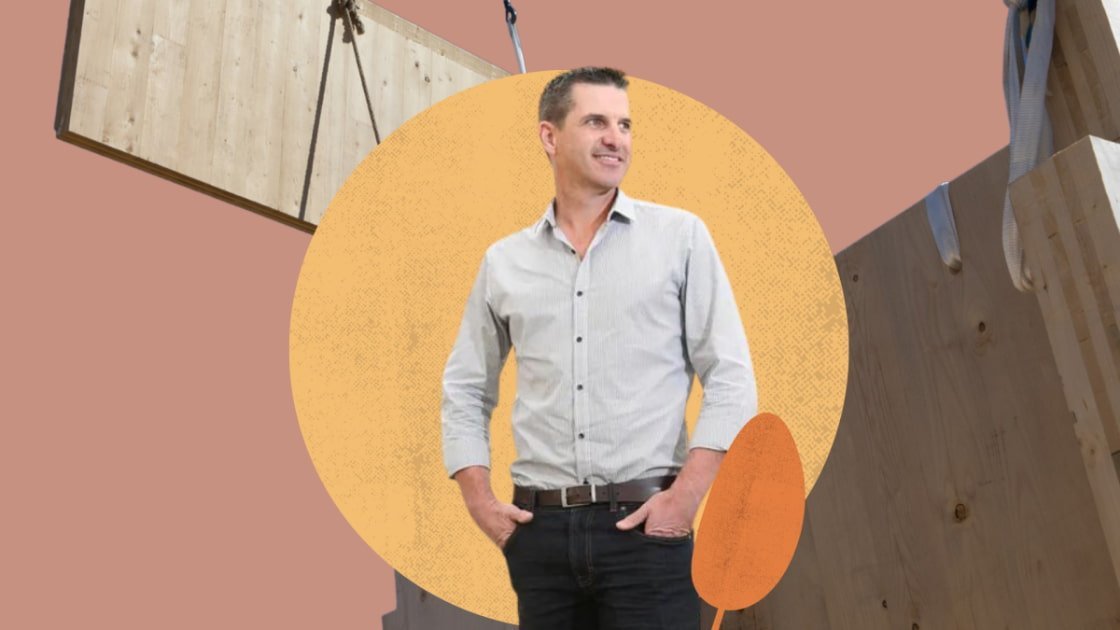 Adam Strong, back in prefab along with the “A team”

Adam Strong has emerged in a new role as chief executive of Viridi Group, one of the “verticals” established by Kirk Tsihlis through his ambitious impact investment company TrueGreen.

TrueGreen Positive Impact Group stunned some quarters of the market late last year by acquiring four properties in the Sydney CBD, near Town Hall, for about $200 million, flagging it wants to build a taller more sustainable building than Atlassian’s – at a cost of nearly $2 billion.

Strong, whose offsite timber business Strongbuild failed in 2018, is heading the business and after four years is back with renewed confidence and optimism, not to mention a crew he describes as the “A team”, including Robert De Brincat, Nick Hewson and Simon Xiberras, Tim Strong and Daniel Turner.

With Viridi, the company is looking to embed itself in the prefabricated or offsite construction business, primarily in timber.

The new venture, based at Campbelltown, southwest of Sydney, is to supply a prefabricated flooring system of timber, steel and concrete, plus additional prefabricated building components that Strong describes as a “kit of parts” that can be put together onsite at around 10 per cent less in cost construction and 30 per cent savings in time.

Their “Strongfloor” flooring system is a “unique timber and concrete composite that sits between traditional mass timber concrete and is more cost effective.” Each is about nine metres in length and requires minimal labour to install. It also cuts embodied carbon by about 50 per cent on traditional concrete solutions.