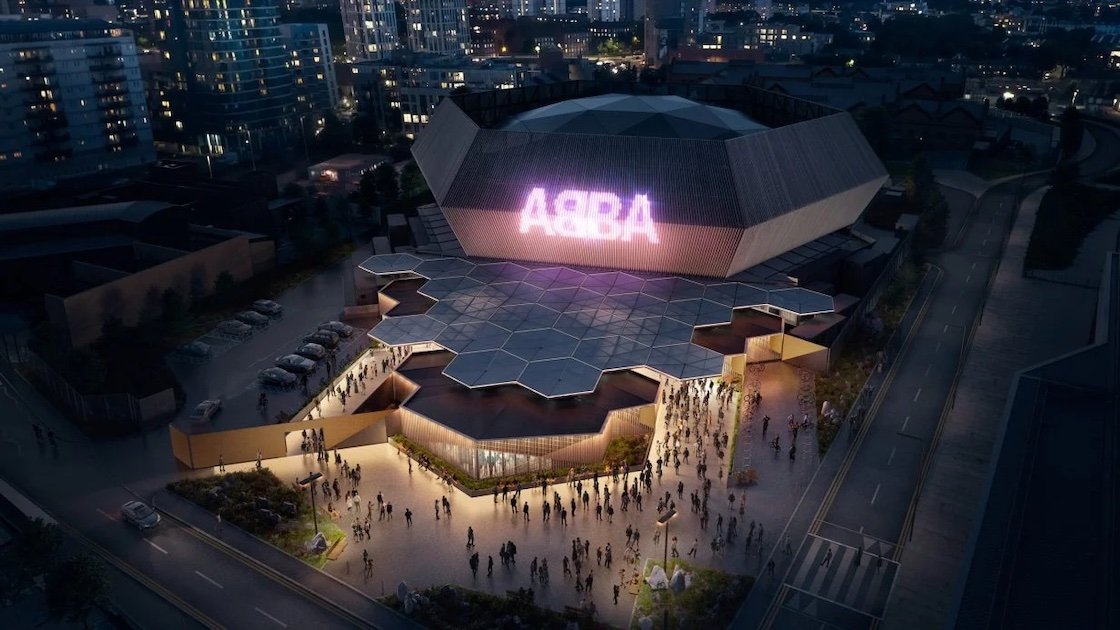 British architecture studio Stufish has revealed the first image of a temporary performance venue that is set to host Swedish pop group ABBA’s reunion tour at the Queen Elizabeth Olympic Park in London.

Set to be built from mass timber, the 3,000 capacity arena will host the band’s virtual reunion tour from 27 May 2022, following the release of ABBA Voyage – the band’s first album in nearly four decades.

The six-sided arena, designed by Stufish, will be built on a rarely used coach park next to Pudding Mill station on the Dockland Light Railway.

Designed to be both demountable and transportable the arena has permission to be located in east London for five years.