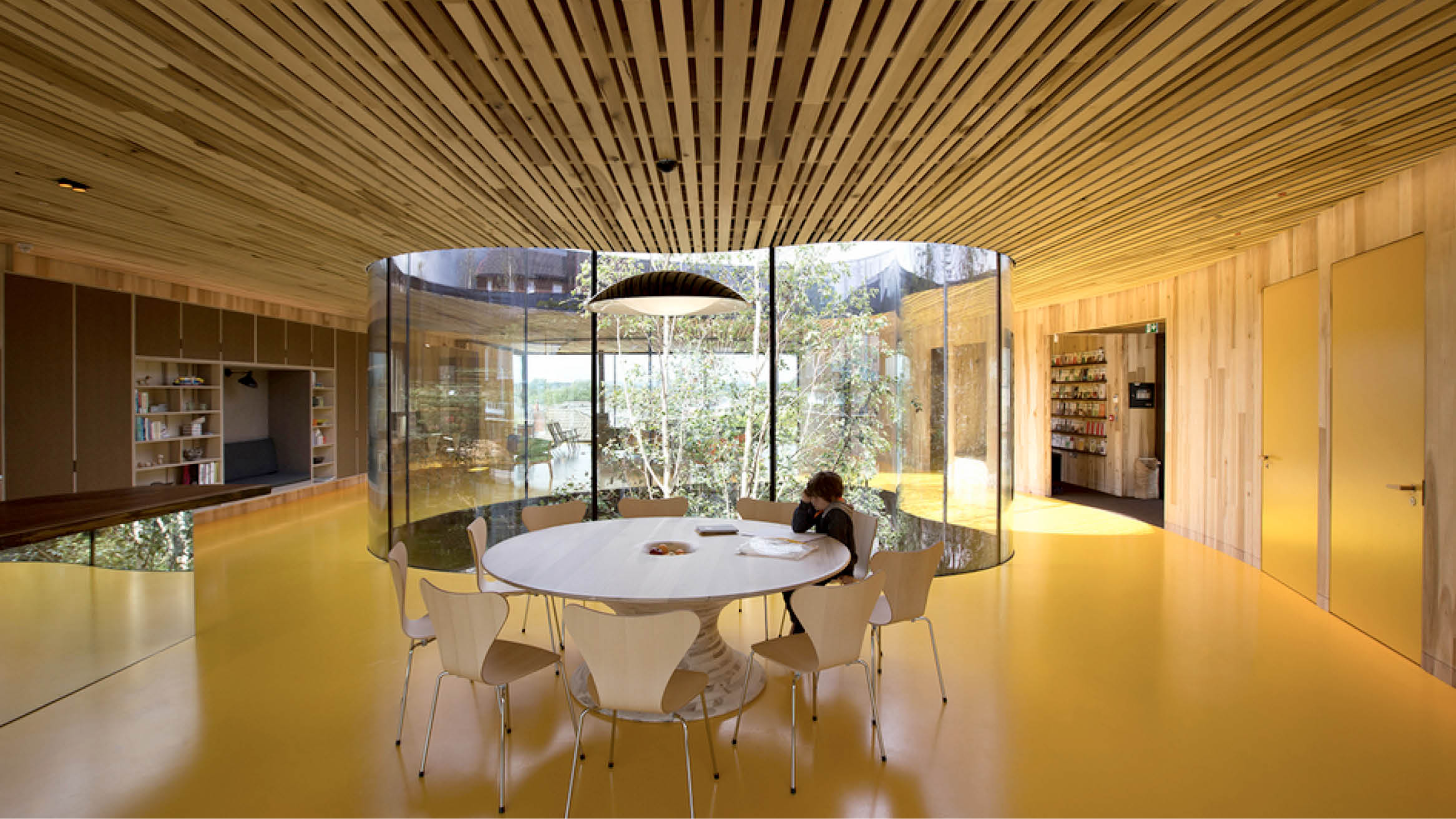 A new RIBA show asks if timber is the new concrete

At around this point last year, The Guardian ran the headline, “Concrete: the most destructive material on Earth.” This was, you could say, concrete’s watershed moment. Attitudes towards the material have shifted significantly as architects ditch their béton love affair and look for something new with cork and hemp emerging as new kids on the block. However, perhaps it’s an old friend which will be the most help to architects amid the climate catastrophe: wood.

“Timber is the new concrete,” said Alex de Rijke, cofounder and partner at the London-based dRMM (de Rijke Marsh Morgan). It’s a belief de Rijke has held since 2006 and one his firm has practiced too, the results of which are currently on display at RIBA North, the Royal Institute of British Architects’ center in Liverpool, U.K.

Titled Forest of Fabrication, the exhibition showcases 24 projects from dRMM, each represented primarily as wood models. Some are speculative studies into the possibilities of timber, while others are real, built projects. The models range in scale from 1:1 to 1:1000 with the majority resting on upright logs throughout the relatively small gallery space (hence the exhibition’s name).

Timber is celebrated in its natural state and as a construction material. Chipboard flooring installed for the exhibition adds to the experience and ensures that the smell of wood is immediately apparent when you enter the gallery.

Most importantly, though, Forest of Fabrication demonstrates novel forms and ways of building achieved with timber which may not be immediately obvious or apparent. A timber factory prototype, for example, shows how cross-laminated timber (CLT) walls can support interlocking, cellular insulated long-span panels to create a naturally lit, column-free 215,000-square-foot space.

Another model depicts the Kingsdale School in London. Completed in 2004, the project saw an auditorium created through joining larch poles together to form an asymmetric dome frame, while CNC plywood panels formed the dome’s secondary skin.

More experiments in curvature can be found with a swimming pool roof concept model that explores woven engineered timber. Drawing on the work of Pier Luigi Nervi—an architect-engineer famed for his concrete parabolic structures—the proposal exploits the flexibility of laminated timber to create a vaulting, column-free arena.

Of course, it would be impossible to talk about timber and dRMM without mentioning the 2017 RIBA Stirling Prize-winning Hastings Pier, a model of which is duly afforded more space than most. The reinvented pier brought the area’s jaunt from the beach into the sea back to life through a spacious, open timber platform used to stage events, and a visitor center to create a dynamic public space. The visitor center also made extensive use of what had been left untouched by a fire in 2010, deploying salvaged wood arranged as zig-zagging boards to clad its walls and support a glulam roof deck.

“Timber has never been more relevant than it is now, with climate change awareness having entered the domain of global emergency,” de Rijke told AN over email.

In the U.K., the construction industry is responsible for 40 percent of carbon dioxide emissions. Architects have responded accordingly, and dRMM was among the 17 founding signatories of Architects Declare, which now has 845 practices on board.

While filled with a healthy dose of timber prototypes and concepts, Forest of Fabrication falls short of informing audiences on the potential future of timber. Admittedly this would be a tall order for such a small exhibition; however, de Rijke was on hand.

“Going forward, sustainable forestry management is going to be a really important step for how the world reduces its carbon footprint,” he said. “[We] also need to look at the biodiversity element, the cultural element, the issue of land use—all things that will require the promotion of using varied species.”

De Rijke also touched on the separation of architect and engineer, and of designer and maker in contemporary construction. “The need for specialists to translate designs into material, and the builder on-site being cut off from the design development, prevents iterative innovation. Real collaboration between consultants, manufacturers, and contractors is required from [the] inception of the building concept onwards.”